King Khalid International Airport (KKIA) was opened for operations in 1983. It is located 35 kilometres north of Riyadh.

It consists of five passenger terminals with eight aero-bridges each, car parking for 11,600 vehicles, a central control tower and two parallel runways. The land area allocated for KKIA is 375 square kilometers, which makes it the second largest in the world.

KKIA was designated under the name of Riyadh Airports Company (RAC) in the third quarter of the year 2016. RAC is moving forward with plans to develop terminal 6, and the development of Kharj & Sudair new airports. 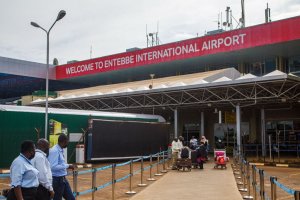 The planned launch of flights between Riyadh and Entebbe comes as Saudi Arabia and Uganda seek to strengthen ties.