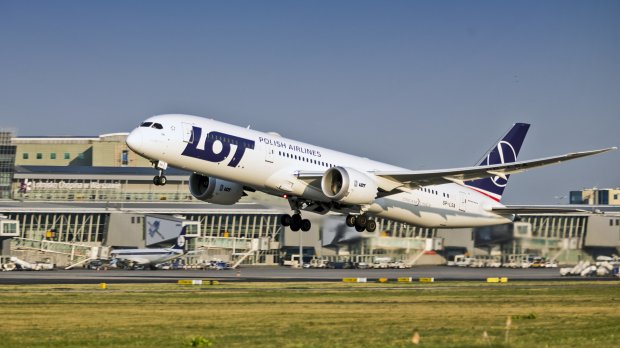 Chopin Airport is not slowing down and closes the next year with a another record. This clearly confirm the role of the capital's port as an important hub in Central Europe, which constantly maintains a high position on the map of international air connections.

In 2019, 18.86 million people used the services of the capital's port, which is 6.2 percent increase compared to last year. In January-December 17.1 million passengers traveled in international traffic (more by 6.8 percent), while in domestic traffic 1.76 million (more by 0.4 percent). In December 2019 1,384.3 thousand passengers were handled at Chopin Airport. It is about 11.7 percent more than in the same period last year. In 2019, the vast majority of passengers (59.1%) traveled in the Schengen area and 40.9% has chosen destinations to Non-Schengen countries.

LOT Polish Airlines were the most popular carrier at Chopin Airport. Last year 9,721,756 travelers chose their services. In addition, LOT Polish Airlines opened 7 new scheduled flights in 2019, of which 3 were long-haul flights (Miami, Delhi and Colombo). Also Wizz Air, which transported 2,826,773 people from and to Chopin Airport last year, inaugurated a new regular connection - to Edinburgh. Overall, in 2019, the total number of regular destinations offered by Chopin Airport was 130.

It is also worth noting that in December 2019, an important investment was completed at the Chopin Airport terminal. Document and security control zones at level 0 for people traveling from Non Schengen countries have been expanded.

“has written Warsaw Chopin Airport - a summary of 2019 year”