With a regional population of 1.5 million, Ottawa is home to Canada's federal government employing over 110,000 people. The region is also an important Canadian business centre with over 1,700 technology companies employing nearly 68,000 people.

Ottawa is also an attractive tourism destination with over 10 million visitors forecasted for 2017 highlighted by Canada's 150th birthday year-round celebrations. As a G7 capital, Ottawa is accustomed to welcoming the world.

A new passenger terminal was opened... 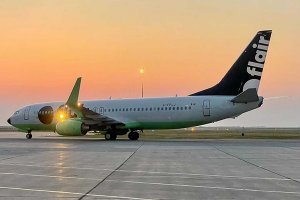 The carrier, which started US transborder service at the end of October, continues its fast expansion.