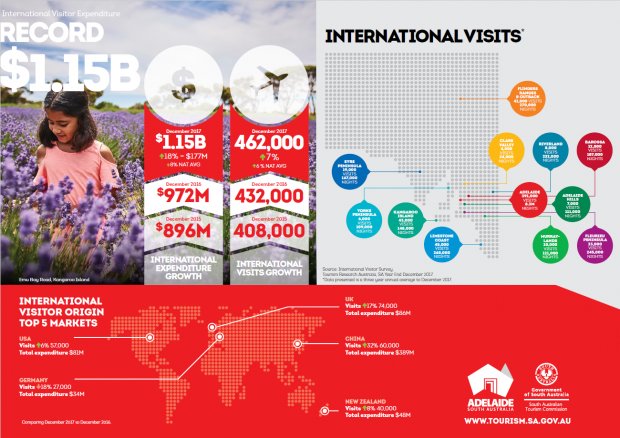 International visitation to South Australia has reached an all-time high as visitors spend a huge $1.15 billion in our state – up 18 per cent, compared to the national average of 8 per cent.

The latest International Visitor Survey (IVS) results show that the Chinese market has once again led the way in growth with expenditure up 55 per cent to a record high of $389 million. China has maintained its spot as the second largest international visitor market behind the United Kingdom and ahead of the United States of America.