Air Vanuatu selects the Airbus A220 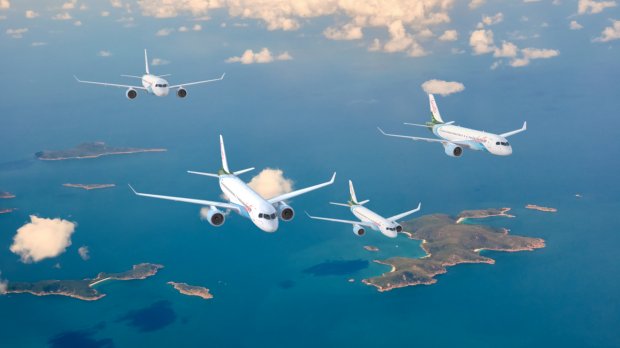 “We’re proud to be the launch airline in the Pacific region for the Airbus A220” said Air Vanuatu’s Chief Executive Officer Derek NICE. “These aircraft will be deployed to operate our current international and domestic network, including our newly announced non-stop Melbourne-Port-Vila service, and will bolster plans to expand our network to new destinations throughout the South Pacific”.

“I am delighted to see Air Vanuatu taking the next step in implementing our shared vision, which sees 300,000 annual holiday visitors to Vanuatu by 2030,” said Bakoa Kaltongga, Chairman of the Air Transportation and Tourism Task Force. “I know the entire hospitality sector will welcome the additional capacity that will be created by the arrival of these new aircraft, beginning in 2020.”

“has written Air Vanuatu selects the Airbus A220 ”