Shanghai-based China Eastern Airlines is one of China's 'big three' state-owned airlines, with hubs at Shanghai's Pudong and Hongqiao airports, as well as Kunming Airport in southwest China. The airline operates a fleet of Airbus, Boeing, Embraer and Bombardier aircraft to support an extensive network, serving over 350 domestic routes and 40 international destinations, including cities in Australia, Europe, Korea, Japan, North America and Southeast Asia. China Eastern merged with Shanghai Airlines in 2010 and joined China Southern in the SkyTeam Alliance in Jun-2011. 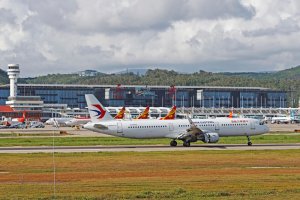 Fifty aircraft will be based in Hainan to support the Chinese province’s free trade hub masterplan.