* The fastest growing passenger traffic in Ukraine (+60% in 2016; +50% in the 1st quarter 2017)
* The largest airport  in the East of Ukraine, 13km far from the downtown of the second largest Ukrainian city Kharkiv 1,4 million inhabitants
* Catchment area of over 4 million people within 120 minutes drive
* Attractive business destination
* Appealing incentive program and marketing support for airlines
* Easy accessible for the population of border regions in Russian (less than 50 km)

Kharkiv International Airport is the first airport that held Routes CIS in 2010, awarded with Routes Airport... 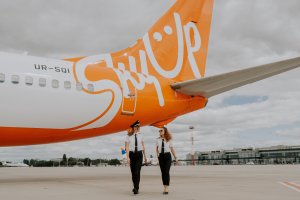 The ambitious Ukrainian carrier is launching more routes to Istanbul and Larnaca.