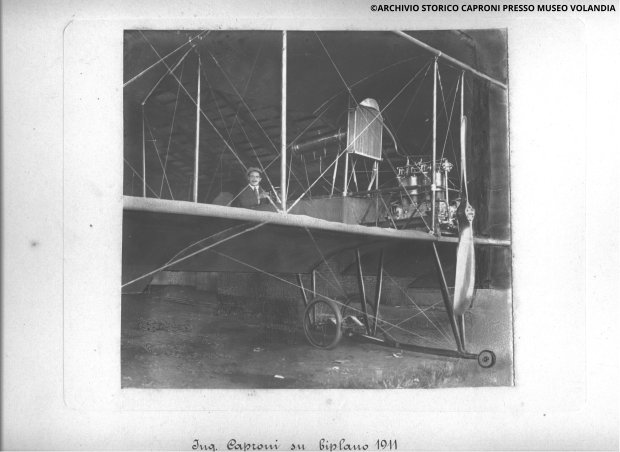 As the time to host World Routes – the most important global event in the world of aviation – draws near, one naturally thinks back to the long history of flight in Milan and to the humble beginnings of the two airports now managed by SEA, Milano Linate and Milano Malpensa. Together, they counted more than 35M passenger movements in 2019, the last good year for airports anywhere.

It all somehow started in the now all but forgotten Taliedo airfield, now completely absorbed by the urban development of the eastern part of the city. Taliedo was born in 1910 on the occasion of an International flight competition, and by 1911 it already hosted three military squadrons. More importantly, industrial facilities by successful Italian aircraft manufacturer Caproni were soon established close to the airfield: the workforce grew from around 150 in 1915 to around 2300 at the end of WW I: it reached 45.000 during WW II. Some of Italy’s most celebrated military aircraft in the years between the wars were built there. In the late ‘20s Taliedo became a commercial airport as well, with flights serving Munich, Rome and later on Berlin. 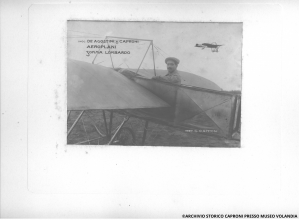 Soon enough, a proper, modern and larger airport was needed in Milan. It was decided to establish it further east in what was then an agricultural area with a small settlement by the name of Linate. Apparently, the name derives from the fact that in the past linen had been cultivated there. Linate offered a strategic advantage: while still being only 7 Km from the centre of Milan, it was also really close to Idroscalo, the giant water basin that had been inaugurated in 1930 as major seaplane facility. Those were the years when landing on water was considered the best and most viable option for the development of aviation. Italy was quite at the forefront in the flying boat technology race and, of course, surrounded by the sea. Milan, an inland city, would then have a state-of-the art flight centre integrating air traffic on land and on water, the most important in the country. 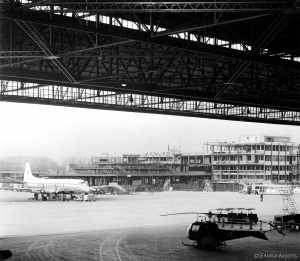 Work began in 1933 and the new airport of Linate was operational in 1937. It was dedicated to Enrico Forlanini, the celebrated Milanese inventor and aeronautical pioneer known worldwide for his work on helicopters, aircraft, hydrofoils and airships – his most famous he named “Città di Milano”. The two-floor air station was designed in the most functional and modern criteria of the time, along with the huge hangar, stunning in its elegance. Aircraft produced by Caproni in Taliedo could still be towed all the way along the road to Linate to be tested: motor traffic was not yet a problem. Commercial flights from Linate, operated in the beginning by Ali and Ali Littoria, Air France, KLM and Lufthansa, served some of the major airports in Europe.

After the hard years of the war Linate was re-opened in 1947, but attention was shifting to another airfield, 45 km to the northwest of the city, near the Ticino river. This is where Caproni had actually started building planes before Taliedo: a flat, barren country, where farming was difficult and, famously, fog was thick. Some military units were stationed there and, in the last stages of the war, the Germans had built a long, paved runway. It was repaired after war damage and lengthened, so that large modern aircraft could operate from it: that was the beginning of Malpensa Airport. In 1948 Sabena started a regular service to Brussels; in 1950 TWA inaugurated the first intercontinental service to New York. Malpensa literally means “not a good idea” in the local dialect, and this was what many passengers of the early years must have thought when fog made it impossible to take off or land.

Those times are long gone and Milano Malpensa is now a major world airport, winning the ACI Europe Best Airport Award in its category in 2015 and constantly improving its service. It is now very conveniently connected to the city, and fog problems are a distant memory. A friendly rivalry exists with Milano Linate, now a sleek, technological city airport after major renovation, and soon to be connected to the city centre by the Metro. A third airport, Milano Orio al Serio - near the city of Bergamo - provides one further option to those who wish to travel to or from Milano. 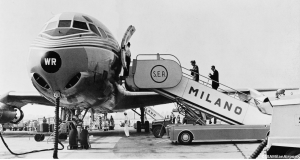 The ancient Officine Caproni 1910 at Malpensa have now been transformed in a museum celebrating the rich aviation heritage of the area that, besides Caproni, saw the rise of aircraft makers such as SIAI Marchetti, Aermacchi and Agusta. Volandia, right by the the airport, is the largest aviation exhibition site in Italy and one of the largest in Europe, displaying more than 100 aircraft of all types: from early Caproni models to contemporary jets, with a natural focus on Italian production. In between flights, a Visit to Volandia is a good way to appreciate the rich history of flight in Milan.