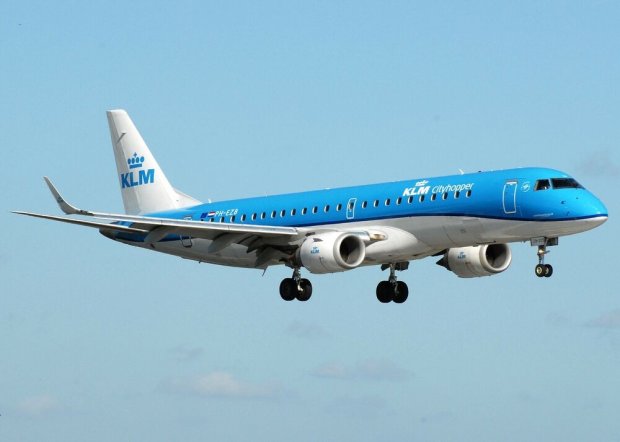 Adding an additional 41,000 seats from Cork Airport for the busy summer season, the new Cork – Amsterdam route will be operated by KLM subsidiary, KLM Cityhopper using Embraer 175 and Embraer 190 aircraft, depending on the day of the week.

The launch of the new route is a significant boost for inbound and outbound tourism for Cork and the greater Munster region, offering connectivity to KLM’s extensive network of 170 destinations worldwide.

Welcoming the new route, Niall MacCarthy, Managing Director at Cork Airport said: “KLM is a fabulous airline and we’re really thrilled to welcome them to Cork Airport. KLM is part of the Air France KLM group, both parts of which are expanding with us next year. I firmly believe that more choice is always good for the travelling public. These new flights will connect directly into the KLM network in Amsterdam offering great prices and great long haul options direct from Cork Airport. We expect tourism and the business community throughout the South of Ireland will see the benefits of this new service operated by crisp blue, Embraer KLM aircraft from next summer.”

This new KLM route is the latest in the Air France-KLM group’s expansion in Munster. Having first launched the Cork Airport – Paris Charles de Gaulle route in May 2018, Air France announced last month that they will operate twice daily for summer 2020. The KLM launch means that the Group will offer a combined three frequencies and up to 113,000 seats from Cork Airport for the summer season.

Pieter Elbers, President and CEO of KLM Royal Dutch Airlines said: “I am very pleased to announce Cork as KLM’s 93rd European destination. KLM offers customers from the south of Ireland a convenient connection to Amsterdam Airport Schiphol, and onwards to over 170 KLM destinations. And of course KLM customers worldwide will have the opportunity to enjoy the sights of the beautiful city and surrounding county of Cork.”

Brian Gallagher, Cork Airport’s Head of Aviation and Commercial Business Development added: “We’re delighted to see this result of our hard work and incredible support of our business community and Tourism Ireland further increase the hub connectivity out of Cork Airport. This is a very satisfying win for Cork. This new KLM route to Amsterdam will be Cork Airport’s eleventh new service announcement in the past year, as the airport continues to expand both its capacity and its route network to major European hubs. Following our 9% growth delivered so far this year, this sets us on a course to be Ireland’s fastest growing airport again in 2020.”

Now in its fourth consecutive year of growth, passenger numbers this year through Cork Airport will reach 2.6 million, up 8% on 2018. Next year, Cork is forecasting further growth despite the economic challenges of BREXIT ahead.