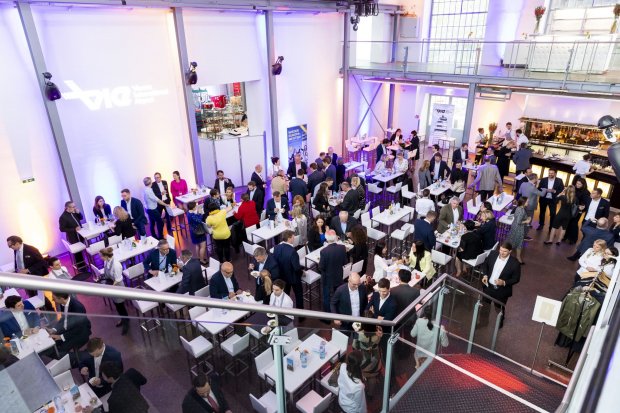 Vienna Airport gives awards to the three most rapidly growing airlines at the flight hub in three categories. Austrian Airlines was the “Best Performing Airline” in 2018 at Vienna Airport, for the second time in a row, featuring with the highest absolute passenger growth. The low-cost airline Lauda was named “Newcomer of the Year”, whereas the award for being the “Best Performing Long Haul Airline” was conferred upon Thai Airways. Julian Jäger, Joint CEO and COO of Vienna Airport, personally presented the awards to the airlines last night, on Thursday, May 23, 2018, within the context of the “VIE Summer Event”.

“2018 turned out to be an absolute record year for Vienna Airport. For the very first time we surpassed the 27 million passengers threshold and above all, this is due to our airline customers. The following airlines showed particularly strong growth: Austrian Airlines with the highest passenger growth in absolute terms, Lauda as the fastest growing newcomer in Vienna, and Thai Airways on long-haul routes. This Airline Award enables us to honour this excellent performance”, says Julian Jäger, Joint CEO and COO of Vienna Airport, in thanking the airlines.

“We are pleased that Austrian Airlines transported one million more passengers in 2018 from our flight hub in Vienna. This shows that we continue to be the first choice for our passengers, and we will maintain this position. The entire Austrian Airlines team is delighted to receive this award from Vienna Airport”, says Alexis von Hoensbroech, CEO of Austrian Airlines.

“Since commencing flight service in Vienna in June 2018, Lauda has already successfully operated more than 8,750 flights and carried more than 1.4 million passengers. This significant growth is based on our good cooperation with Vienna Airport, amongst other factors. We are very proud and are pleased to be honoured with this award at our biggest aviation base. Moreover, we plan to continue pursuing our growth path in the future so that we can already position Lauda as the second largest airline at Vienna Airport in our second year”, states Andreas Gruber, CEO of Laudamotion.

“We are extremely delighted with the award as the "Best Performing Long-Haul Airline" in 2018 and would like to express our thanks for the support provided by Vienna Airport. The success of Thai Airways is also based on our focus on a non-stop flight connection between Vienna and Bangkok - with Vienna as the gateway to Eastern Europe and Bangkok not only providing access to our network in Thailand but also to Asia, Australia and New Zealand. Thanks to the B787 Dreamliner, we also offer our customers an outstanding product from Vienna” explains Chonnakarn Akrapreedee, General Manager Austria and Eastern Europe of Thai Airways International.

Austrian Airlines generated the highest absolute growth. In 2018, passenger volume of Austria’s home carrier increased by 8.3% year-on-year to a total of 12,850,423 travellers, the best record of any airline at Vienna Airport. The underlying growth drivers were frequency increases within Europe and the expansion of long-haul flight service. Since May 2018, Austrian Airlines has been offering up to five direct weekly flights to Tokyo (JP), and two direct flights each week to the million-strong South African metropolis of Cape Town (ZA) since October 2018. The Austrian flag carrier already inaugurated flight operations to its next new long-haul destination of Montreal (CA) at the end of April 2019. Following a quick start in the summer of 2018, Lauda already serves 57 different destinations. Accordingly, the airline had the highest passenger growth in absolute terms of all newcomers at Vienna Airport in the year 2018. Thai Airways is driving growth on long-haul routes forward thanks to its flight connection to Bangkok.

Vienna Airport has been honouring the airlines generating outstanding passenger growth and thus contributing to the development of the Viennese flight hub since the year 2013. The awards were presented by Julian Jäger, Joint CEO and COO of Vienna Airport, within the context of the annual “VIE Summer Event”. Some 150 representatives from the fields of tourism, aviation and the business community attended the event held in the METAStadt venue.

Image (Vienna Airport): 150 representatives from the fields of tourism, aviation and the business community attended the “VIE Summer Event” held in the METAStadt venue.