Growth in Aalborg Airport six months in a row 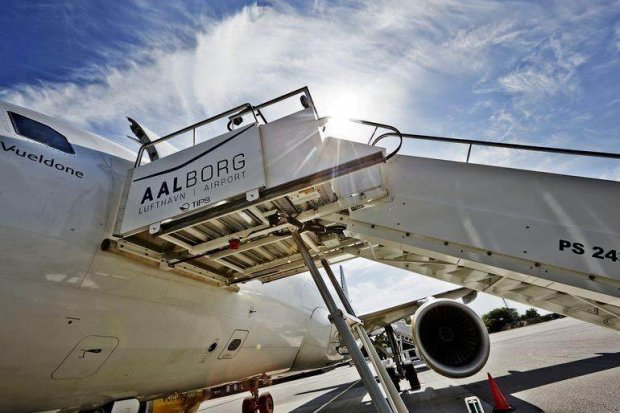 On Friday the 29th of June, the Danish summer holidays began, and not long after the school bell had ringed out for the last time, Aalborg Airport was filled with expectant families in the check-in area. However, it was not just the specific Friday that was busy. A total of 150,658 passengers in June 2018 traveled to and from the airport against 139,125 in June 2017 – meaning that June 2018 is the sixth month with continuing growth in Aalborg Airport.

Domestic traffic showed a 3.6 percent increase, with 73,227 passengers flying to and from Aalborg Airport against 70,686 passengers in June 2017, which meant 2,541 more domestic passengers.

- In July and August, businesses are significantly decreasing their travel activity, so it is positive with an increase here in June; before that happens, says CEO of Aalborg Airport, Søren Svendsen

Foreign traffic in the sky

- Spain is the preferred travel destination for holidaymakers from Aalborg Airport, offering a multitude of flights to Malaga, Mallorca, Barcelona, Alicante and Gran Canaria, both as scheduled flights and as charter products, why the possibilities are numerous, says Søren Svendsen.

The high demand for Spain as a holiday destination has also meant that Norwegian prolongs their period to Mallorca until December, and also increases the capacity on Malaga. This means that, in the winter program, there are 5 weekly flights – also with Norwegian.