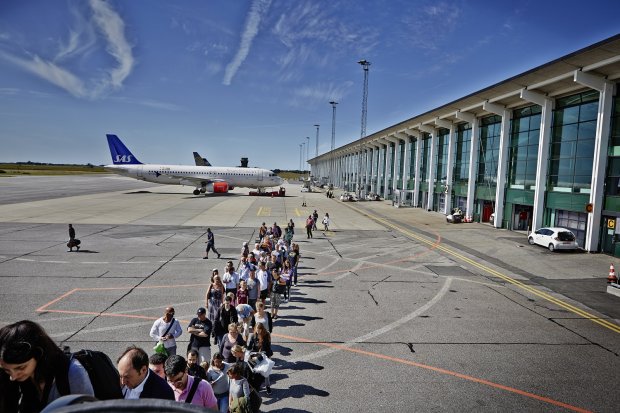 In spite of a sunny and warm Danish summer, the Danes have traveled from Aalborg Airport like never before in a July month. With a 13.1 percent increase, July 2018 became the best July month in the history of the airport.

A large increase in the number of international passengers, together with a growth in domestic traffic, gave the best July month in the airport's history. A total of 153,129 passengers traveled to and from Aalborg Airport in July 2018, against 135,423 in July 2017, which represents an increase of 13.1 percent.

"We have never had so many passengers through Aalborg Airport in July, so even though the Danish summer has been sunny and hot so far, we can see that the Danes will travel abroad to bring new experiences and holiday memories back home", states CEO of Aalborg Aiport, Søren Svendsen.

It is all foreign routes from Aalborg that have grown in July 2018. Both Spain, Greece, Turkey and England are popular destinations, and on top of that, there has been an incease in passengers traveling to, for example, the United States via Amsterdam or London.

Copenhagen and Bornholm also popular in the summer

"Even though a large proportion of business travelers are away on summer holidays, domestic numbers are positive. It reveals that Copenhagen also has been a holiday destination in July. In addition, a large number of passengers have used Copenhagen Airport as a transit for holiday trips throughout the world. Bornholm has also been very popular in July. Here, there have been sold out on almost all departures. The Danish holiday island has also had a perfect sunny July," Søren Svendsen concludes.