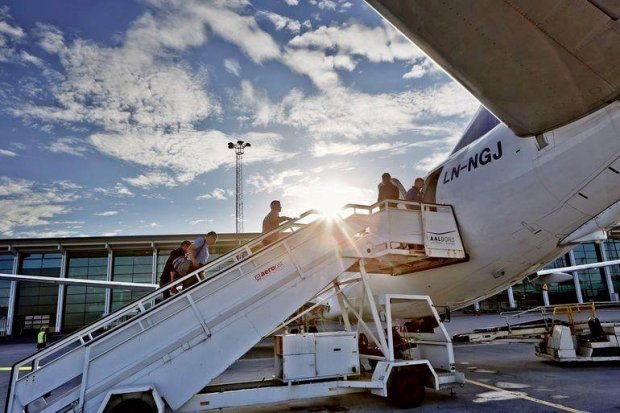 April 2019 offered a total decline of 10.0 percent - with domestic traffic as the primary cause affected by Easter and pilot strike. In late April, a new and modern security control opened - ready to welcome the summer's expectant holiday traveler.

Charter traffic at full strength during the summer season

The charter season is at the door, where most charter companies have sent the first holiday-happy Danes to warmer climes. Ready for the season's charter travelers, there is also a new and modern security check which, with 4 flows and an automatic tray system, makes the start of the holiday even easier.

- After a winter program with a markedly lower supply for the holiday traveler, it seems that the summer charter program is on the same level as the summer of 2018. At the same time, there are exciting news to look forward to when SunCharter, on May 4, has the first departure for Greek mainland, to three new Greek holiday pearls. In addition, Bravo Tours adds extra into the Azores and introduces Golden Sands with Great Dane Airlines , says airport director Søren Svendsen.

Domestic traffic returned in April 2019 by 12.5 per cent - a decrease that must be seen in the light of Easter days, where there were fewer business travelers, as well as the situation regarding the recent pilot strike at SAS, which resulted in more cancellations to and from Copenhagen. In April this year, 63,809 passengers traveled domestically to and from Aalborg against 72,883 in April 2018.

- April must be said to have been a hard month for domestic traffic. We had expected a decline from the start, due to the holidays during Easter, which last year fell in March, but last and last week's pilot strike in SAS was unexpected. It is a pity that resulted in a number of canceled flights from Aalborg to Copenhagen in April - corresponding to about 3,000 passengers, Søren Svendsen concludes.

In the number of travelers abroad in April 2019, there was a decline of 10.1 percent, with 48,349 foreign passengers in April last year against 43,448 foreign passengers this year. In spite of the decline, network companies such as KLM had a windfall in April 2019. Compared to April 2018, a passenger growth of more than 9 per cent shows a heightened travel desire for, among other things, overseas destinations via Amsterdam.