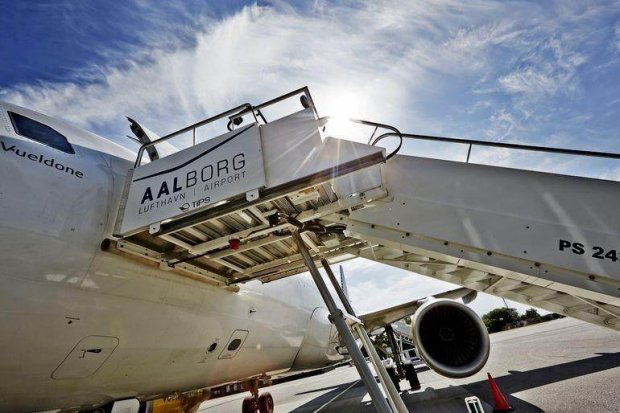 May 2019 at Aalborg Airport, could not live up to last year's May record, which is still due to a lower travel offer abroad. Thus, during the year's last spring month, there was a 10.1% decline in passenger traffic compared to May 2018.

A summer lift for foreign traffic

- Foreign traffic has been hit hard so far in 2019, but turning your gaze to the forecourt, Great Dane Airlines' first flight is ready to head for Edinburgh, Dublin and Nice in late June as well as several charter destinations. In addition, routes such as Amsterdam, Malaga, Barcelona and Antalya are still in good development with a high occupancy rate in May, which is why we see a strong travel offer abroad towards the schools' summer holidays , says airport director Søren Svendsen.

The number of domestic travelers in May 2019 decreased by 6.2 percent compared to May 2018, when there were 79,188 travelers to and from Copenhagen and Bornholm against 74,300 this year.

- The first few days in May started out with the ongoing pilot strike at SAS, which resulted in a number of cancellations to and from Copenhagen, why a monthly decline was expected. In light of this, a decline of 6.2 per cent is therefore acceptable, as the occupancy rate for the rest of the month for both SAS and Norwegian has been reasonable. At the same time, there is a greater supply for Bornholm this year in the high season, as opposed to last year and especially towards the annual public meeting with a full five departures in week 24, Søren Svendsen concludes.

May 2019 also became the month when Aalborg Airport inaugurated the new security flow, which is 80 percent more efficient than the previous one, and thus gives it even shorter waiting time for passengers when they go through the security check.