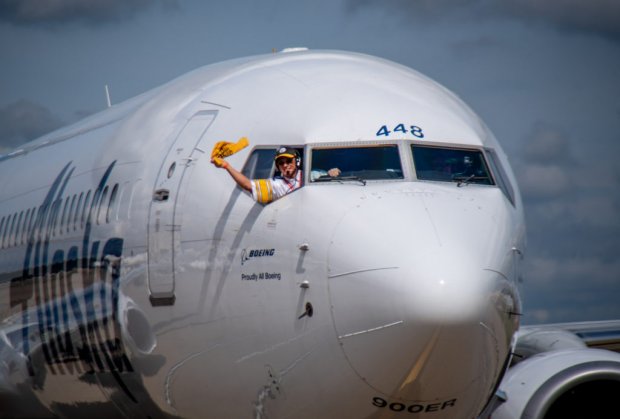 Citing the “growing tech connection” between Pittsburgh and Seattle, Alaska Airlines on Saturday added a second daily flight between the two cities starting in the summer.

The airline launched a daily Pittsburgh-to-Seattle route in September 2018 fueled, in part, by the cities’ increasingly linked technology landscapes.

“The Seattle-Pittsburgh flight was off to an exceptional start this past summer and we want to capitalize on the growing tech connection between the West Coast and Pittsburgh,” said Alaska Airlines spokesman Ray Lane. “We’ll take a close look to see how the second flight performs in the peak summer season. We’ll then explore expanding its season in the future depending on performance.”

Pittsburgh is well-matched with Seattle in terms of strengths, much of it centered on the cities’ educational pillars, said Sean Luther, executive director of InnovatePGH.

“The tech giants in Seattle are also specifically paying attention to how Pittsburgh puts the University of Pittsburgh and Carnegie Mellon University out front in our 21st century economic development strategy,” he said. “Increased air service between the two tech hubs sets the stage for further growth of Seattle companies in Pittsburgh looking to take advantage of proximity to our globally significant academic and research centers in the Pittsburgh Innovation District.”

The industry driving demand shows no signs of letting up. Household names like Amazon and Microsoft, both headquartered in Seattle, operate large regional offices in Pittsburgh, and Pittsburgh-born companies like Panopto and Duolingo have added space in Seattle as they’ve expanded into international operations.

Access to tech centers like Seattle is crucial for Pittsburgh startups that want to follow in their footsteps, said Audrey Russo, president and CEO of the Pittsburgh Technology Council.

“The tech council is ecstatic with Alaska Airlines’ decision to add a second daily flight to Seattle,” she said. “Our tech ecosystem is dependent on easy and ample connections to major technology and financial centers around the world, especially to the West Coast.”

And the juxtaposition of established healthcare industries paired with the skyrocketing technology scenes in both cities are leading to an increased focus on life sciences research and development.

But the impact of the flights isn’t limited to the Seattle region. Stefani Pashman, CEO of the Allegheny Conference on Community Development, says they drive the types of business relationships that elevate Pittsburgh’s reputation worldwide.

“International air service from Seattle, including the Pacific Rim, makes Pittsburgh even more of a player in the global economy,” she said. “Nonstop access to Seattle and beyond from there supports the growth of Asia-based companies in Pittsburgh and positions Pittsburgh for foreign direct investment with other Asian companies.”

As Pashman and Russo note, the new flight also opens more doors to the West Coast in general, an underserved region that often tops Pittsburghers’ wish lists for service. The frequency will increase options to destinations like Portland, Ore.; the San Francisco Bay area; and popular leisure locales like Hawaii and Alaska.

“We’ve been focused on a West Coast strategy since I arrived here nearly five years ago and Alaska Airlines is a great partner that’s been a key part of that,” said Allegheny County Airport Authority CEO Christina Cassotis. “We’re really pleased to see double daily flights to Seattle, San Francisco and Los Angeles next summer. These are strong and growing markets with connections to many business and leisure travelers.”

Alaska will expand the Pittsburgh-to-Seattle route to twice daily flights in the summer of 2020. (Photo by Beth Hollerich)