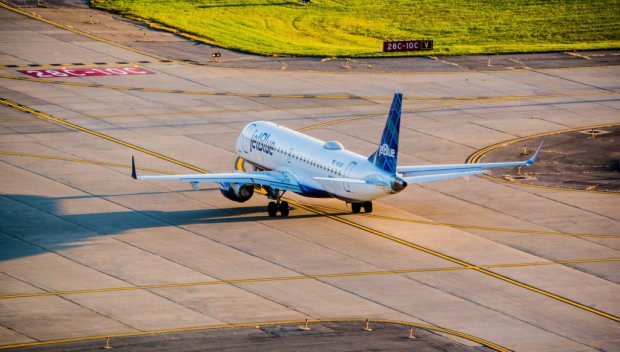 JetBlue Airways announced Thursday that it’s adding service in a big way across the country, including new routes in Pittsburgh.

The Pittsburgh news is part of a larger announcement of 30 new JetBlue routes. JetBlue last served Fort Lauderdale from Pittsburgh in January 2019. Currently, the airline also offers nonstop service to Boston from PIT.

Pittsburgh airport officials said the routes to Florida support a trend of growing leisure travel as pandemic restrictions ease across the country.

“As leisure travel has increased in Pittsburgh over the last six weeks, we are thrilled that JetBlue will give passengers in our market more options when traveling to South Florida,” said Bryan Dietz, Vice President of Air Service Development. “We are encouraged to see travelers returning to the skies for summer vacation or to reconnect with family.”

JetBlue officials said they selected routes where customers are showing interest in traveling.

“Coronavirus has transformed airline route maps, and as we begin to see small signs of recovery, we continue to be flexible with our network plans to respond to demand trends and generate cash in support of our business,” said Scott Laurence, head of revenue and planning, JetBlue.

The news comes as other airlines cautiously feel out consumer demand for air travel. Other airline growth at PIT includes Southwest’s additional weekly frequencies to Tampa and Chicago-Midway in June and Atlanta, Baltimore and Orlando in July. Other key routes returning this month and in July on a variety of carriers include New York-LaGuardia, Los Angeles, Las Vegas, Houston, Nashville and others.

Still, passenger numbers remain significantly down due to the pandemic. According to the airport’s May report, passengers compared to May 2019 are down 89 percent. However, compared to April 2020, May’s nearly 93,000 passengers are a 185 percent increase. Year-to-date, passenger traffic is down 51 percent.

In Seattle, Perry Cooper never thought he’d be happy to see only 12,000 passengers pass through Seattle-Tacoma International Airport in a single day, less than a third of the usual count—but now he’s looking forward to that number.

Since the COVID-19 pandemic and related shutdowns, the airport that normally sees 50,000 passengers per day is projecting numbers to continue to rise from the lowest point of 2,500 passengers in April, Cooper said. On June 12, about 8,800 passengers departed through the facility.

“It’s kind of funny how we’re getting all excited for numbers that we would think would be super slow,” said Cooper, an airport spokesman. “Everybody has to change their expectations.”

Tampa International has seen numbers climb since Memorial Day, spokeswoman Emily Nipps said. With the June 11 reopening of Busch Gardens Tampa Bay and increased summer travel, those numbers should continue to rise, similar to the 167 percent increase between April and May.

Where the Florida facility would normally see about 40,000 departing passengers per day, at the lowest point the number dipped to 1,000 per day. Now, Nipps said they’re seeing around 10,000 departing people per day.

“The increase in activity is a welcome sign for the people who have been there the last few months,” Nipps said.