NEW SERVICE TO FRANCE TO BE INTRODUCED FROM SOUTHAMPTON 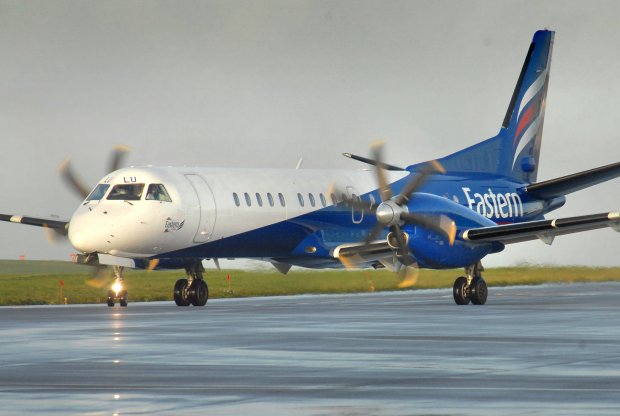 Eastern Airways has announced that it will introduce a new route from Southampton Airport to Rodez in the south west of France.

Rodez is the capital of the Aveyron department, which is one of France’s best kept picturesque secrets, located in the north east of the Midi-Pyrenees region between the foothills of the Massif Central and the plains of the south west.

Due to the geographical location of Rodez, between the Millau Viaduct and the mediaeval village of Conques, its 2,000 year old history offers a diversity of culture with museums and sites to visit.  Its UNESCO World Heritage candidacy as well as the natural beauty of the Aveyron department contributes to a positive and dynamic tourism destination from around France, the UK and Europe.

Mathew Herzberg, Eastern Airways’ Head of Commercial, said: “The Rodez service is aimed at leisure travellers taking weekend or week long summer breaks in the south west of France.  Not only will it appeal to those with holiday homes in the area, but also from an inbound tourism perspective Southampton is the gateway to the south coast of England and also an option for London.”

Dave Lees, Southampton Airport’s Managing Director, said: “It’s great that we can now offer even more choice to our passengers in terms of French regional holidays from Southampton. Rodez is a fantastic destination for those looking to sample Southern France but also ideal for people with second homes and holiday homes in this beautiful un-discovered region.”

Fares start from £85 one way, including taxes and charges and are now bookable at www.easternairways.com

Eastern Airways started operations from Southampton in 2003 and currently offer flights from the south coast to Leeds Bradford and Aberdeen.

The airline has been operating for 19 years and has two Embraer 170, three Embraer 145 and two Embraer 135 jets in its fleet, as well as nine Saab 2000s and is the largest operator in the world of Jetstream 41 aircraft with 17.