Glasgow – the Gateway to Scotland

Glasgow Airport is Scotland’s leading leisure airport with a wealth of air services to Europe, Canada, Asia and beyond. The airport is home to over 20 airlines including Emirates, British Airways, KLM, Lufthansa, easyJet, Jet2.com and Loganair to name a few.

The airport has a great domestic route network across the UK including the Scottish Highalnds and Islands, with just under 30 domestic routes.

Situated in the country's central belt, the airport has 4.4m people living with a 120 minute drive living in: Glasgow, East Renfrew, Renfrew, Inverclyde,... 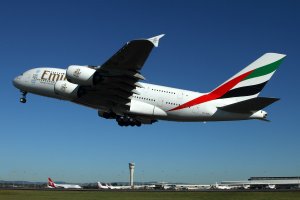 The Dubai-based airline is resuming passenger flights to two Chinese cities, and adding capacity to another, while increasing Airbus A380...