Leeds Bradford (LBA) is the international gateway airport for the Leeds City Region and Yorkshire in Northern England.

The most affluent part of this wide catchment is unique to LBA.

Leeds Bradford Airport recently announced plans to invest £150m to build a state of the art, sustainable terminal facility, with opening scheduled for... 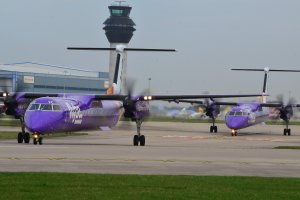 After a deal was agreed that could pave the way for Flybe to restart operations, Routes looks at what became of the carrier’s UK network since its...