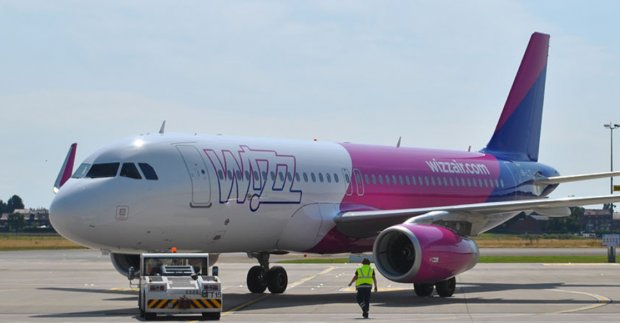 The airline is adding Vienna to its network of destinations

Charleroi, 6 May 2020 – Wizz Air has announced the launch of a new route to/from Brussels South Charleroi Airport. From its base in Vienna, Wizz Air will be introducing a connection between the Austrian capital and Brussels-Charleroi airport on 1 July 2020. There will be five flights a week between Charleroi and Vienna.

Operational at BSCA since 2004, Wizz Air will be launching its 14th direct route on 1 July from Brussels-Charleroi airport.

There will be five flights a week on the Vienna – Brussels-Charleroi – Vienna route, on Tuesdays, Wednesdays, Thursdays, Saturdays and Sundays. The airline’s Airbus A321Neo, with capacity for 230 people, will be leaving Vienna at 13.30 and landing at Brussels-Charleroi at approximately 15.20. The return flight to the Austrian capital will depart at 15.50, landing at Vienna-Schwechat at 17.40.

Philippe VERDONCK, Chief Executive Officer of Brussels South Charleroi Airport, announces:
"We are very grateful to Wizz Air for its confidence in us and the launch of this new route from its Austrian base. Despite this complex situation, it is important to think about tomorrow and future developments. The announcement of a new line is a positive sign and encourages us to roll up our sleeves and carry on preparing for a successful resumption of activities."