About the Destination Sponsor 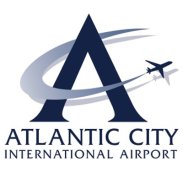 Atlantic City International Airport (ACY) serves visitors and residents of Atlantic City, central and southern New Jersey, coastal shore regions and southeastern Pennsylvania supporting commerce, tourism, and the general public. In addition to commercial service, the Airport is home to the Federal Aviation Administration (FAA) William J. Hughes Technical Center, is a base for the New Jersey Air National Guard 177th Fighter Wing and is an important general aviation facility in the region. ACY operates within its own air space, independent from Philadelphia and New York City airports’ air space. This, along with favorable weather patterns, allows for a high level of schedule integrity for airlines operating at the Airport. ACY is the second largest airport in New Jersey based on commercial enplanements. The Airport is also a crew and maintenance base for ULCC Spirit Airlines operating 8-12 departures per day. And American Airlines offers daily service at ACY with access to their global network, via Landline.

"Atlantic City International Airport (ACY) is proud to partner with Meet AC in hosting TakeOff North America 2023, where we will be able to highlight the many tourism assets in the region including Atlantic City, the premier east coast gaming, beach and Boardwalk entertainment destination. ACY provides the most convenient manner to get to and explore the region.” 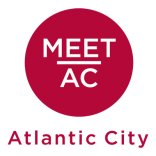 "We are thrilled to host TakeOff North America 2023 in Atlantic City, New Jersey. By hosting this event, we will have the opportunity to showcase our region while bringing together more than 200 aviation industry professionals, including air carriers and small to mid-size airports, discussing potential expanded or new air service.”