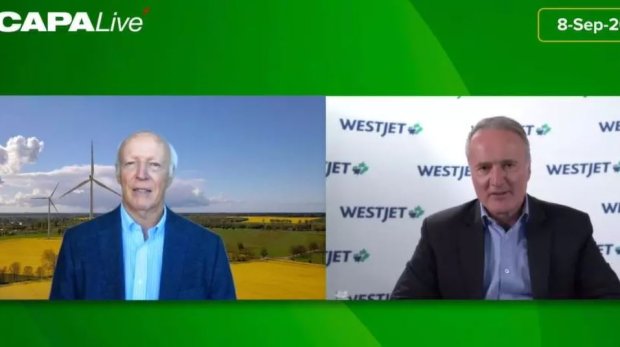 The airline is also expanding its trans Atlantic operations, adding Amsterdam with Boeing 787s and both Glasgow and Edinburgh with Boeing 737 MAX aircraft, as well as increasing its cargo activities with the addition of four converted Boeing 737-800BCFs.

Sims told the September edition of CAPA Live that WestJet had been developing not only a well reported transborder partnership with Delta Airlines, but had also been exploring a series of trans Atlantic partnerships, and “eventually” a trans Pacific deal.

“We would be one of the few remaining non-aligned carriers of scale”, he said. “We fly 181 aircraft, we have a turnover approaching $6 billion, and yet we’re not embedded in one of the alliances. The secret for us is how you can build deeper and fewer partnerships. I think that is indicative of the way the world is going.”