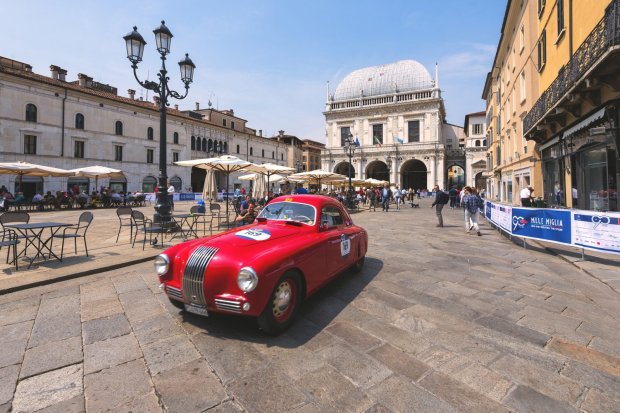 The event attracts thousands of fans from all over the World.

One of the unmissable moment is the start of the race, which traditionally takes place in Viale Venezia in Brescia. More than 400 crews coming from 31 countries around the World will meet at the starting blocks for an unforgettable journey through one of the most evocative landscapes of Italy.

The cars will leave Brescia to the Tyrrhenian coast with a stop in Viareggio, to then reach Rome, go up north along the Apennines, make a stop in Bologna and return to Brescia with the usual final parade in Viale Venezia, the awards ceremony and the great closing party.