According to the analysis carried out on a sample of 250 airports by the Airports Council International World (ACI), the World Airport Association, in the third quarter of the year Milan Bergamo Airport obtained a passenger satisfaction index of 4.3 points out of 5.

A value essentially in line with the world average, of 4.4 points, and second in Italy only to Rome's Fiumicino airport (the average of Italian airports is 4 points).

Of particular importance for the airport was the business passenger satisfaction index, which reached a value even higher than the world average: 4.5 points.

Passengers particularly appreciated the new VIP lounge created by Sacbo, which obtained a score of 4.2, higher than both the Italian and the global average. 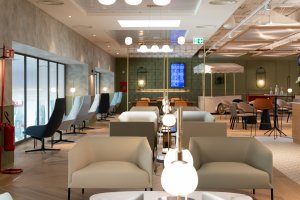 Travelers passing through Milan BGY airport have shown that they appreciate the connections with the city, the accessibility and the quality / price ratio of the parking lots, the courtesy and efficiency of the staff, the ease with which you can move around the terminal and reach the boarding gates and, finally, the assortment and quality / price ratio of the shops and restaurants present. 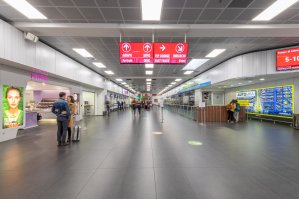 Overall, therefore, Milan Bergamo Airport has improved valuations compared to previous quarters. This high quality will certain be confirmed following the expansion of the terminal to the west, with more space for Schengen boarding and arriving passengers, as well as the completion of access infrastructures, including the new railway connection. 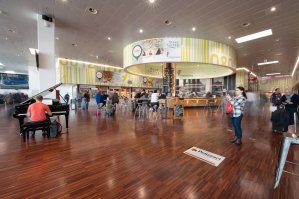