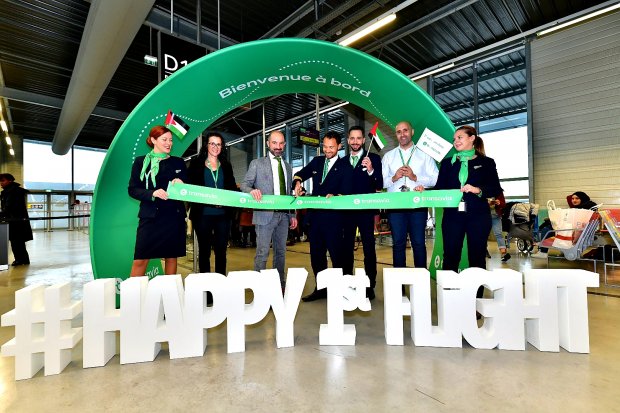 2 x weekly service to the beautiful Jordanian capital will be operated throughout the whole year. The new route reinforces Transavia base in Lyon and becomes the 21st destination offered by the airline from our Airport.

The CCO of Lyon Airport, Pierre Grosmaire, and the Area Manager of Transavia in Lyon, Amandine Arquier, welcomed the passengers of the inaugural flight and wished them a Happy 1st Flight from Lyon.