Volotea To Add Extra Flight On Verona Service Next Summer 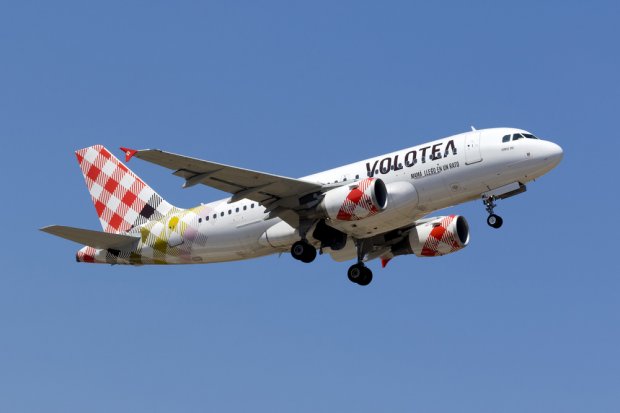 Following a very successful Summer 2017 schedule, Volotea, the Spanish low-cost carrier has confirmed that their weekly Verona service to Cork will increase to twice weekly for summer 2018. Cork to Verona will operate every Saturday from May 26 to August 29 with an additional flight on Wednesdays during peak season commencing on June 27. Volotea will operate the route with an Airbus A319 aircraft.

The doubling in capacity is testament to the popularity and uptake of the route by passengers across the South of Ireland and the metropolitan city region of Cork. It is a further indication of growth and expansion at Cork Airport with four new airlines operating five new routes this year. This is the second new airline at Cork Airport to announce a doubling in capacity next year following the announcement of Swiss to increase significantly their operation to Zurich for next year.

“We welcome the news that our airline partner Volotea has announced today’s expansion of this very popular Italian route and destination for summer 2018. The increased frequency will translate to an extra 4,000 seats available to holidaymakers next summer from Cork Airport,” said Cork Airport’s Head of Aviation Marketing Daragh Hanratty.

“As well as Saturday departures, there will also be an extra departure on Wednesdays throughout the summer. Last summer was a historic one for Cork Airport with the launch of direct transatlantic travel and increased passenger numbers. Announcements like Volotea’s pave the way for another growth and increased connectivity next summer from our gateway to the South of Ireland," he added.

The quiet and picturesque Northern Italian town of Verona is renowned as the setting for Shakespeare’s Romeo and Juliet. It is also a UNESCO World Heritage Site and the area is famous for iconic Roman and medieval architecture.

"We are really excited to announce this increase of capacity on this route, " said Valeria Rebasti, Volotea's Commercial Country Manager. ”This growth will allow Irish people to visit the city of Romeo and Juliet in Italy and its beautiful surrounding. On the other side, it will allow many Italians to reach the charming city of Cork since they will have more frequencies for next year.”

“I commend Cork Airport for securing the expansion of the Verona route with Volotea for 2018. In recent years, Northern Italy has established itself as a firm summer destination for Irish holiday makers. Verona and its environs cater for all holidaymakers seeking a unique Italian experience of outstanding culture, cuisine and climate on offer,” he added.

The expansion will also be welcomed from an inbound perspective. Ireland’s Ancient East and Wild Atlantic Way are both uniquely accessible from Cork Airport, as the Republics’ second biggest and best connected airport outside of the capital. Both propositions are already very attractive and compelling tourism propositions for the continental market. This increased connectivity will further develop a growing inbound tourism market through Cork Airport.