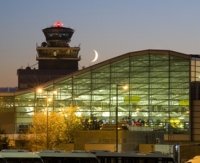 In Summer 2009, more than 50 airlines will offer direct scheduled connections from Prague to over 125 destinations in 52 countries.

On Saturday 29th March, the operations at Prague Airport started according to the summer 2009 flight schedule. Within its validity period, until 24th October, 50 airlines will offer direct scheduled connections with over 125 destinations in 52 countries. A number of new services and additional flights on frequent routes will be introduced. Czech Airlines, in addition to the announced launch of two new connections to Novosibirsk and Tashkent, will significantly increase frequencies on flights to Western and South-eastern Europe, as well as to the Middle East. Wizz Air low cost airline will considerably extend its offer of flights in connection with the opening of its base at Prague Airport from June 2009. Next to further strengthening of its existing routes to London/Luton, Rome, Milan/Bergamo, Brussels/Charleroi, Wizz Air will open new services to Paris/Beauvais and Eindhoven in June, followed by the launch of flights to Naples, Madrid, Malmo, Liverpool and Oslo in July. The American carrier Delta Air Lines will introduce its new service to New York/JFK that will increase the number of scheduled flights on this route by 3 weekly frequencies. The Czech low cost carrier Smart Wings will add new seasonal flights to popular holiday destinations of Ibiza and Zakinthos. Prague Airport will also welcome a new carrier - the Italian airline Wind Jet that will fly twice weekly to Forli airport near Bologna.