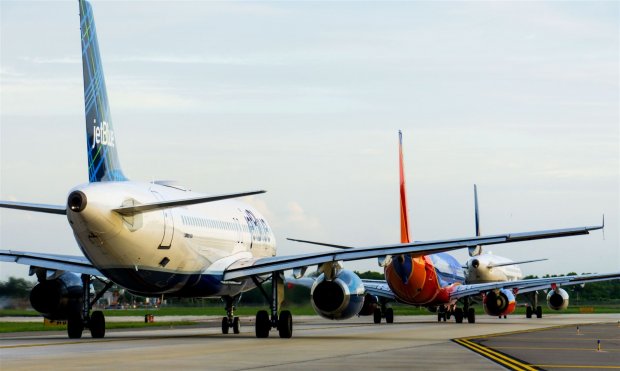 It’s 2020 and the air travel industry is in the midst of one of the most uncertain periods in years, with COVID-19 forcing many airlines to drop routes, alter flight schedules or reconsider how they do business.

But something unexpected is also happening amidst all this turmoil: Tampa International Airport continues to land new nonstop routes.

In the past two months, airlines have added a total of 15 new nonstop routes to TPA that they were not previously flying, demonstrating just how desirable and resilient the Tampa Bay market is for airlines.

Airline industry leaders, increasingly, seem to be focusing on cities with lots of outdoor space and good weather that make for great vacation destinations. This makes Tampa a top choice as airlines seek new opportunities.

United Airlines, for example, historically focuses on ‘hub-and-spoke’ service but recently expanded its winter schedule to include ‘point-to-point’ domestic service. This change reflects the airline's “continuing strategy to aggressively, and opportunistically manage the impact of COVID-19 by increasing service to destinations where customers most want to fly."

United has added four new nonstop routes from TPA this winter, including Boston, Cleveland and New York-LaGuardia to begin on Nov. 6 and service to Milwaukee starting on Dec. 17.

“The addition of these new flights represents United’s largest expansion of point-to-point, non-hub flying and reflects our data-driven approach to add capacity where customers are telling us they want to go,” said Ankit Gupta, United’s Vice President of Domestic Network Planning. “We look forward to offering customers in the Midwest and Northeast more options to fly nonstop to Florida this winter.”

The route expansion is part of a broader JetBlue strategy to meet the expected increased demand for leisure travel including in Florida, Latin America, and the Caribbean. The airline added 24 new routes to its schedule, including many new destinations.

“This is the latest example of JetBlue’s ability to be nimble and play offense as we quickly adjust to new customer behaviors and booking patterns,” said Scott Laurence, JetBlue’s Senior VP of Airline Planning. “This latest series of new routes – even in the current environment – advances our revised network strategy, returns more aircraft to the skies and doubles down on our ability to generate more cash sooner.”

JetBlue is also planning to launch from TPA its highly anticipated New York City-LaGuardia flights on Oct. 1, along with new service to Providence and Washington D.C.-Reagan National on the same date.

Alaska Airlines, which previously served only Seattle from TPA, has announced both Los Angeles and San Francisco routes with service to both destinations scheduled to be year-round.

“Since first entering the Tampa market in 2014 from Seattle, we’ve seen consistent growth in demand and see a similar opportunity with service from San Francisco and Los Angeles”, said Brett Catlin, Alaska's Managing Director of Capacity Planning and Alliances, “In the current climate, guests are looking for nonstop access to more outdoor, socially distant locales, and the pristine beaches of the Gulf Coast offer a compelling option for West Coast flyers.”

Other newly announced nonstop routes include Albany and Boston on Frontier Airlines and Toronto on Swoop Airlines.

To see which routes are currently flying out of Tampa International Airport, visit www.Tampaairport.com/nonstop.