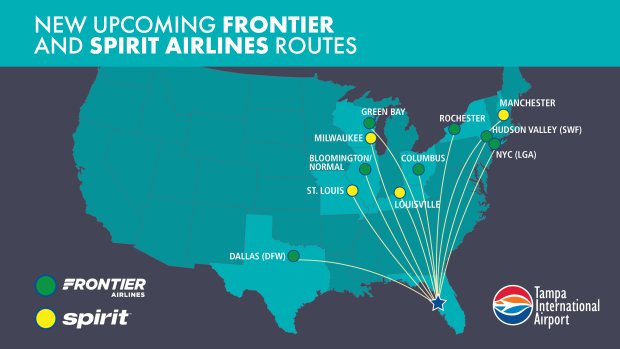 TPA is expecting to add nearly a dozen new flights in the coming months aboard two of the Airport’s ultra-low cost carriers, Frontier Airlines and Spirit Airlines.

With this service, TPA will now serve more destinations than before COVID-19 with passenger levels that are just a tick below the Airport’s pre-pandemic levels. TPA currently serves 78 destinations compared to 69 in September 2019.

In addition to new flights, Frontier has also made a significant financial commitment to Tampa International Airport and Tampa Bay earlier this year by opening a new crew base. The crew base, which will be home to some 400 crew members, will help position the airline for future growth in the market.

A breakdown of Spirt and Frontier’s upcoming flights:

“has written TPA resumes service to London on British Airways”