Just in time for summer, Tampa International Airport and Frontier Airlines announced they will launch four new Caribbean routes -- including three international -- to Punta Cana and Santo Domingo in the Dominican Republic, Montego Bay in Jamaica, and to San Juan, Puerto Rico. SJU is scheduled as daily year-round service, while the other three are currently slated to operate through the summer on a once- or twice-weekly basis. 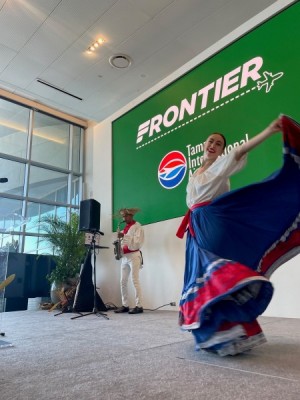 “Frontier will now offer more nonstop routes from this Airport to destinations in Latin America than any other carrier," Frontier Airlines Senior Vice President of Commercial Daniel Shurz said. “We bring low fares, we bring America's youngest fleet of aircraft, and we fly 43 percent further on a gallon of gas than the average in the U.S. And now, instead of flying through a much busier, much more congested airport, you can enjoy the calm of using Tampa International.”

The new Frontier service will add to TPA’s international nonstop destinations, which have been gradually returning since the pandemic.

“Frontier has been an important part of TPA’s recovery and growth over the past year and we’re excited to now see this partnership expand into international service for our passengers,” Tampa International Airport CEO Joe Lopano said. “We expect these flights to be extremely popular here and a welcome addition to our roster of nonstop destinations.” 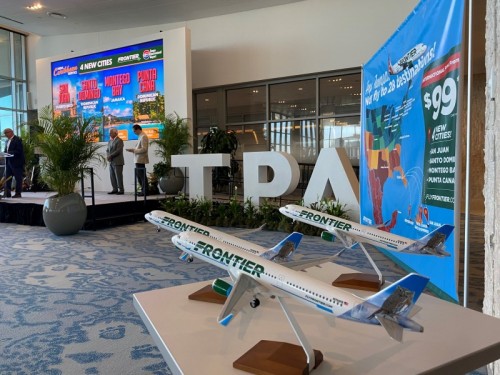 Frontier’s Jamaica and Dominican Republic flights will mark the first new international service to previously unserved destinations at TPA since the beginning of the pandemic. The Airport has since restored existing service to Panama City, Havana, London, Cancun, Nassau, Grand Cayman, Frankfurt, Zurich and several cities in Canada.

Frequency and times are subject to change, check FlyFrontier.com for the most updated schedule.