Temples of Malta the oldest ones in the World 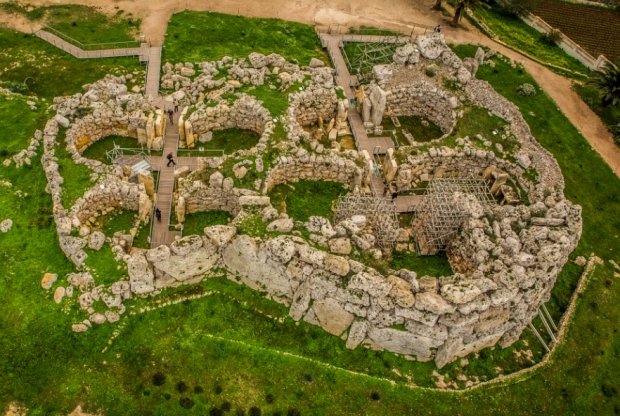 Everyone knows about the magnificent temples of ancient Egypt and ancient Greece, but one country containing some of the oldest and best-preserved temples in the world gets comparatively little attention - Malta.

Malta is a southern European country in the Mediterranean Sea, just 80 kilometres south of Sicily. The country covers just over 300 km2, making it one of the world's smallest and most densely populated countries. Yet on this small island country, there are literally dozens of ancient sites, eleven megalithic temples, and seven of them are UNESCO World Heritage Listed.  Although debatable, UNESCO describes Malta's prehistoric temples as the "oldest free standing monuments on Earth".

The temples date from 5,500 to 2,500 BC, making them older than Stonehenge and older than the Pyramids of Egypt (according to current perspectives). The dating of the site was done using radio carbon testing of pottery and bones found around those temples in Malta. Dr Nicholas Vella of the University of Malta says that until further evidence is found that will put Stonehenge or the Pyramids far into the timeline, the temples of Malta remain the oldest known temples still standing. The most well-known sites include the temples of Ggantija on the island of Gozo, Hagar Qim and Mnajdra.  According to folklore, Ggantija was built by a giantess who used it as a place of worship.

Malta has a rich prehistoric past. Dating of bones and pottery from all around the island has shown that it was first populated in at least 5,500 BC. More than 50 temples were found on the islands of Malta and most of them are constructed in the same design which includes a central corridor with two or more chambers and an altar at the end. Archaeologists do not know exactly how the temples were used but the common theory is that they were used as ceremonial places for polytheistic religions which included sacrifice of animals and/or humans. Archaeological evidence, including numerous figurines and statues, suggests that the sacrifices were made to the goddess of fertility.

The culture of megalithic builders apparently disappeared from the Maltese Islands around 2,500 BC. Archaeologists speculate that the temple builders fell victim to famine or disease.