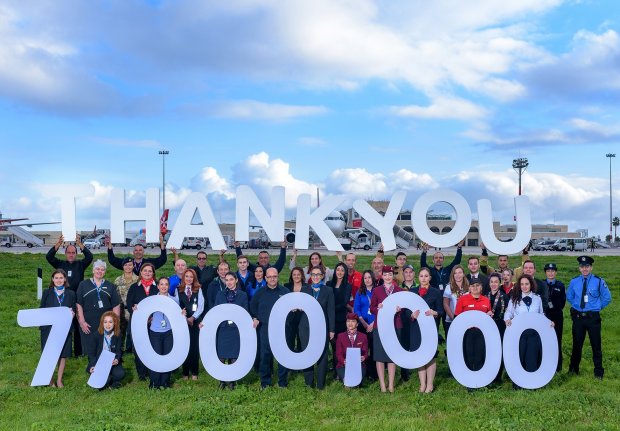 Traffic has increased by 1 million movements in 2 years

This important occasion is being celebrated just two years after Malta International Airport achieved its six millionth pax milestone on the last day of 2017, and comes on the heels of the company’s announcement that the winter season was off to a strong start in terms of passenger traffic.

“Beyond being a celebration of passenger numbers, today is a celebration of what has been driving these numbers, namely the passion and commitment of the airport team and all stakeholders. Given that some 3,000 individuals work on the airport campus with various entities and companies, the teamwork and coordination that go into the achievement of common goals are truly laudable,” said Malta International Airport CEO Mr Alan Borg.

The airport’s seven millionth passenger was given a special welcome and presented with a souvenir of the occasion. Antonia Kudatov, who was accompanied by Jayden Vella, hails from Australia and arrived for her very first holiday in Malta on KM 613 from Rome on Thursday 12th December.