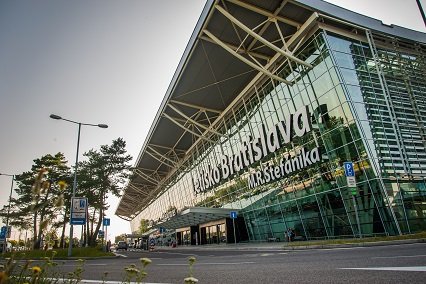 Bratislava M. R. Stefanik Airport remains closed for commercial passenger traffic. The current curfew, which started on 13th March, is valid thru early morning hours of 27th March. Bratislava Airport continues to serve repatriation flights as well as cargo flights bringing medical equipment and supplies. With all major airline operators from Bratislava having suspended their flights until the end of April, the current curfew at BTS will most probably continue after 27th March.

On 9th March all flights between airports in Italy and the Slovak Republic were prohibited. This initial precaution measure imposed by the Central Crisis Committee of the Slovak Republic was supposed to expire on 22nd March. The ongoing spread of the novel Coronavirus urged further steps by the Slovak Government, ultimately leading to prohibition of all passenger flights to and from the Slovak Republic and shutdown of all Slovak airports for commercial passenger traffic. The shutdown was announced on 13th March 2020, for the initial period of 14 days, which is now coming to its end.

Immediately, Bratislava Airport adopted necessary measures and got ready for operation in crisis. BTS accommodates the governmental air force fleet, which during the crisis provides for flights with medical equipment and medical supplies. At the same time, first repatriation flights started arriving from Great Britain, where most Slovak citizens are concentrated. A flight with Slovak citizens from Washington DC is expected to land at Bratislava Airport on Thursday 26th March, carrying also citizens of Czech Republic, Hungary and Slovenia. More repatriation and humanitarian flights are expected in the coming days.

The status of operation at Bratislava Airport after the expiry of current curfew remains to be confirmed by the Ministry of Transport and the Central Crisis Committee of the Slovak Republic, but with all major airline operators from Bratislava having suspended their flights until the end of April, the operation is not expected to resume anytime soon. Moreover, BTS is heading towards a previously announced 10-day closure in the last decade of April, when a reconstruction of runways´ intersection is scheduled.

The ground handling services at Bratislava M. R. Stefanik airport during the Covid-19 crisis curfew for flights eligible to operate under the current NOTAM can be arranged at generalaviation@bts.aero .

More information will be provided as soon as available.