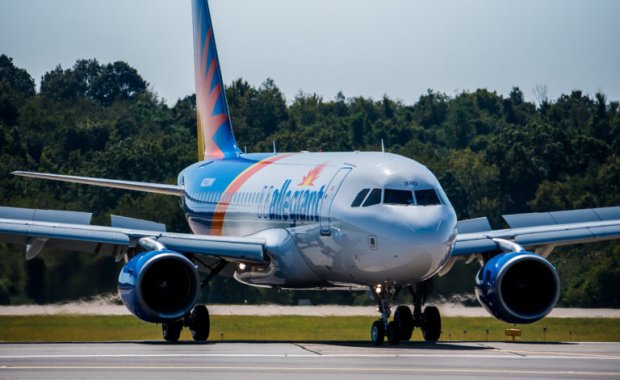 Allegiant has announced three new nonstop routes for Pittsburgh International Airport, the latest additions to a success story that has seen the carrier steadily grow at PIT since it launched service nearly five years ago.

In mid-May, Allegiant will begin seasonal service to Nashville, Memphis and Norfolk/Virginia Beach, increasing the carrier’s total nonstop destinations served from PIT to 15.

The latest additions highlight the underlying growth for Allegiant in Pittsburgh. After arriving as a new carrier in 2015 with three destinations and little name recognition, the airline will now serve more destinations at PIT than any other (including seasonal routes) except Southwest.

When Allegiant launched its original three routes from PIT in February 2015, not many locals were aware of the Las Vegas-based ultra-low cost carrier. But by December 2015 – less than a year in – the airline had already launched three more routes and established an operations base in Pittsburgh that employs more than 50 people and serves as a home for two 156-seat Airbus A319 aircraft.

“I think Allegiant’s business model and focus is a good one,” said Bijan Vasigh, a professor of economics and finance at Embry-Riddle Aeronautical University in Daytona Beach, Fla. “They focus on leisure travelers who don’t need to have daily flights – people who are flexible. They’ve been very successful in identifying these people.”

Vasigh said Pittsburgh’s market and beyond clearly have responded to carriers like Allegiant.

“They’ve been enjoying success,” he said.

Passengers Scott and Susan Summers, of Beaver, Pa., were waiting to check in for their Allegiant flight on Monday. They said the carrier’s nonstop route to Sarasota, Fla. has made getting to their winter home much easier.

“We like taking Allegiant for two reasons – one (Sarasota-Bradenton airport) is 15 minutes from our house and the other reason is the price – they’re hard to beat,” said Scott Summers.

Shortly after Allegiant entered the Pittsburgh market, Spirit and Frontier followed. And while Allegiant has grown rapidly, so too has Spirit, quickly upping its market share of passengers since its yellow planes landed at PIT in 2017 to become, currently, the airport’s fifth-busiest airline. PIT is one of a handful of airports to have service from all three of the nation’s ultra-low cost carriers.

Ultra-low cost carriers typically appeal to cost-conscious leisure travelers, although some business travelers have taken advantage of the low fares and nonstop service, avoiding lengthy connections. Spirit, for example, has attracted a wide audience with its two daily routes to Los Angeles, the only carrier from PIT offering nonstop service there.

For Allegiant’s new routes, both Memphis and Norfolk/Virginia Beach are currently unserved. PIT’s last nonstop service to Memphis was on Delta in 2014; Norfolk was last served in 2008 by US Airways, since merged with American Airlines. Nashville is currently served nonstop by Southwest.

Both the Memphis and Norfolk/Virginia Beach routes will run from May 21 to Aug. 16 on Thursdays and Sundays while the Nashville route will operate May 22 to Nov. 16 on Fridays and Mondays.

“Allegiant entered the Pittsburgh market five years ago as our first ultra-low cost carrier and has steadily grown at PIT,” said Pittsburgh International Airport CEO Christina Cassotis. “They continue to add successful routes and see their passenger counts increase. They also continue to grow their market presence with crew and planes based in Pittsburgh.”

“has written Pittsburgh Adds Indianapolis to List of Nonstop Destinations”