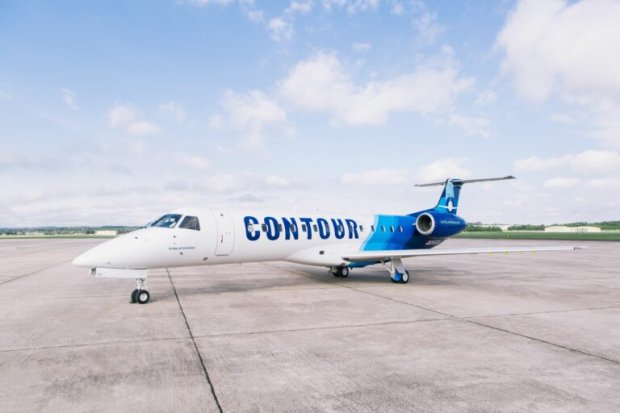 Regional carrier Contour Airlines announced Wednesday that it will add nonstop service from PIT to Indianapolis and Milwaukee. Service to both cities will commence on Oct. 12. Flights to Indianapolis will operate once daily while service to Milwaukee will be six times a week, excluding Saturdays.

“Indianapolis and Milwaukee are both strategically important business destinations to the Pittsburgh community. As business travel resumes, we know that travelers will appreciate the speed, comfort, and convenience of nonstop service,” said Matt Chaifetz, Chief Executive Officer of Contour.

Contour’s flights from PIT will be operated by Embraer E135 regional jets that will offer a 2-1 seating configuration, featuring leather seats and expanded legroom onboard. Service will also include complimentary snacks and beverages to passengers and a free checked bag that will come in standard and flexible fares. Seat pitch throughout the aircraft is a minimum of 36 inches – on par with domestic first-class offerings of major carriers, according to the airline.

Founded in 1982, the Smyrna, Tenn.-based carrier is one of the largest Part 135 charter operators in the United States. Contour operates a wide variety of aircraft types for its commercial and corporate services that range from 8-seat light jets to three-class, long range business aircraft.

Indianapolis and Milwaukee join a growing list of new flights set to start at PIT through the remainder of 2021.

In August, low-cost carrier Allegiant Air will build on its growing Pittsburgh network by adding service to Rapid City, Iowa. and Phoenix/Mesa, Ariz. The airline will also begin year-round flights to Melbourne, Fla on Nov. 11 that will operate twice a week.

Also in August, PIT will see the return of service by Air Canada to Toronto Pearson International Airport. Air Canada will operate a single daily flight between the two cities.

Legacy carriers American, Delta and United are scheduled to resume their flights to destinations out west from PIT. American will resume service to Phoenix/Sky Harbor International Airport, Ariz. with daily flights on Aug. 18, while Delta plans to resume its flights to Salt Lake City on Dec. 18. United, meanwhile, will restore daily, nonstop service to San Francisco, Calif. from Pittsburgh on Sept. 8.

Southwest Airlines will bring new flights to PIT for the upcoming holiday travel period – adding nonstop service to Austin and Miami. Austin will begin on Nov. 20 and Miami on Nov. 23, with both operating weekly through early January.