Quito International Airport reaches the premier category in the world 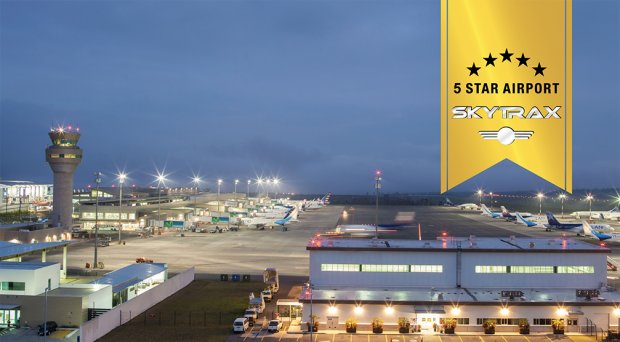 The British examiner SKYTRAX, dedicated to the quality analysis and comparison of different airlines and airports around the world, awarded the coveted 5-star rating to the Quito International Airport, in Ecuador. This qualification places Mariscal Sucre Airport among the best in the world in terms of service quality and passenger experience, becoming the first in the Americas region to obtain this distinction. Since 2015, a continuous improvement program linked to the passenger experience has been carried out to reach the 5-star category.

Quito, May 11, 2020.- Quito International Airport enters the exclusive group of 5 Star Airports in the world for the first time according to the rating compiled by SKYTRAX, a British firm specializing in international air transport. In addition, the Quito International Airport becomes the first in the Americas (North, Central, South America and the Caribbean) to win the 5-star category. The airport rating was published on the SKYTRAX official website this May 11, 2020. In the case of Quito, one of the fundamental pillars to obtain the category is overall passenger experience and the ease of wayfinding within the airport.

SKYTRAX is the leading independent organization specializing in researching passenger service levels for the global air transport industry. On this occasion, 800 airport service items were audited to measure the efficiency of processes, the quality of infrastructure and ease for passengers. Thus, the Quito International Airport is located on the list of just thirteen other airports worldwide that have a 5-star category, the premier and most challenging rating to achieve.

Andrew O'Brian, President and CEO of Quiport, the company behind the administration and operation of the Quito International Airport commented, “being included in the premier 5 star category of airports worldwide is a historic milestone for the city of Quito and the country of Ecuador and is also a reflection of the commitment of all the stakeholders and employees involved in our passenger and customer service, who provide a world class experience in all areas of airport management”. O’Brian explained that the support of the Municipality of Quito, led by Mayor Jorge Yunda and Sandro Ruiz, General Manager of the Metropolitan Public Company of Airport Services (EPMSA), was essential. "The vision and commitment of Mayor Yunda to put the capital city’s international airport amongst the world’s best in class has been key to achieving the 5-star objective for the Quito International Airport," commented Mr. O'Brian.

The first audit of the Quito International Airport was carried out in November 2015, where it obtained the 4-star category for the first time. Since then, the airport has received this award for four consecutive years, developing a series of incremental service and focus on the customer focused “WOW Factor” to maintain this category. Since the airport opened in 2013, Quiport has also implemented a continuous improvement program that includes, among other inputs, the recommendations made by SKYTRAX, which has paved the way to obtaining our 5th star.

The audit to obtain the 5-star rating included the general performance and quality of the services that guarantee a positive experience for the passenger, as well as the ease of navigation within the airport. SKYTRAX's team of professional auditors visited the terminal to analyze factors such as access routes, security experience, migration services, food and beverage, retail and duty-free shops, cleanliness, fluidity of processes, signage and ground transportation.

“Our team has been able to reach the SKYTRAX 5-star category thanks in great part to the support and commitment of Quiport's shareholders: Odinsa from Colombia, CCR from Brazil and HAS Development Corporation from Houston in the United States. They have believed in our project and have provided us all the necessary support to be successful," remarked Andrew O'Brian, who expressed deep gratitude to the 9,000 direct employees who work at the airport, for their professionalism and dedication.

Quiport, the airport concessionaire, is committed towards consistent improvement and to working together with municipal, government and private companies that operate at the airport, to offer a quality experience to millions of annual visitors and passengers. This distinction represents a positive positioning for the city and the country; in addition to ratifying the high level of excellence of those who make up the airport community.
The following is the 2020 list of the thirteen 5-star airports in the world according to SKYTRAX:

The air transport industry is characterized by the coming together of multiple actors such as airlines, airports, suppliers and users. Collectively, we will overcome this difficult time. Our industry is defined as being modern, adaptive and possessing a strength that is born from the resilience of each of its members. It is this union and resilience that will prop us up to overcome this demanding moment that has affected all economies and all countries in the world, as one.