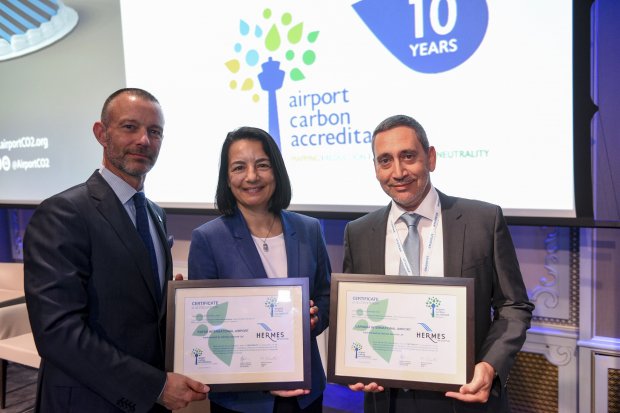 Hermes has acquired the fourth and highest level of Airport Carbon Accreditation in less than three years since joining the initiative of ACI to tackle the climate change and carbon emissions. The ACA (Airport Carbon Accreditation) is issued by the ACI (Airports Council International) and focuses on efforts to map, calculate, reduce, optimize and offset carbon dioxide emissions across the globe.