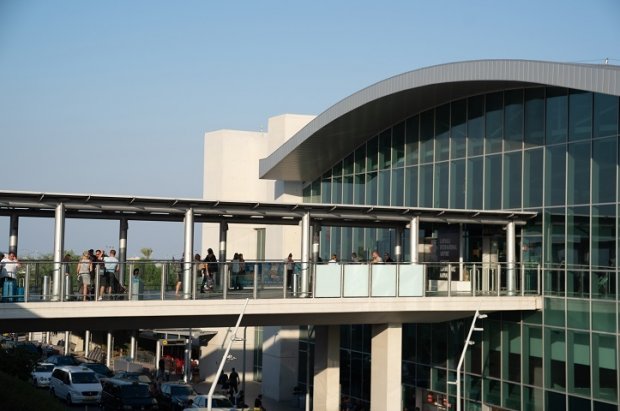 Hermes Airports was the proud recipient of three awards at the first-ever Cyprus HR Awards, in a ceremony held last night in Nicosia. In total, Hermes won three gold awards across two categories; “Effective Use of Coaching – Mentoring” and “Best Change Management Strategy/Initiative”, under the Learning and Development category; and “Excellence in Workplace Wellbeing”, under the Wellbeing category.

The Cyprus HR Awards are organised by Dias Group and Boussias Communications, under the auspices of the Ministry of Labour, Welfare and Social Insurance, the Cyprus Chamber of Commerce & Industry and the Cyprus Human Resources Association (CyHRΜA).

The objective of these awards is to recognise and celebrate companies operating in Cyprus that have distinguished themselves through the development of people-centric cultures and innovative practices. The nominations were assessed and decided upon by a panel of independent industry experts, comprised of entrepreneurs, senior business executives, state and institutional body representatives, as well as academic professionals.

Τhe awards were received οn behalf of Hermes by the company’s Chief Executive Officer, Eleni Kaloyirou and the Senior Manager Human Resources, Natasa Iacovides, together with the Human Resources team. In a statement, Ms. Kaloyirou said that the Cyprus HR Awards were an important step toward recognising the critical role effective human resource practices play in the country.

“These three awards serve as an important acknowledgement of our company’s position as an Employer of Choice within Cyprus”, Ms. Kaloyirou added.  Ms. Iacovides also noted that “every organisation is as strong as its people, and an essential part of Hermes Airports’ culture is their growth and wellbeing”. Ms Iacovides added: “with these awards we will not become complacent; for us, they are part of an ongoing journey that our organisation will continue on”.