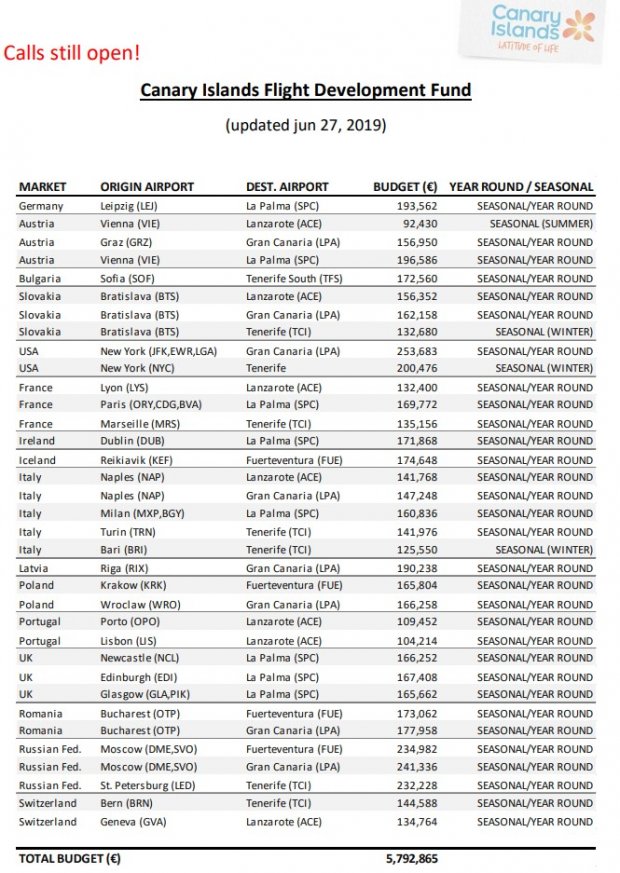 Funds available for each of the routes is listed above

The Canary Islands have re-launched a route incentive package calling for bids for more than 30 new routes, via the Flight Development Fund (FDF), with the intention of continuing to improve the air connectivity of the islands and boosting the diversity of its tourism markets and clients.

The total maximum budget for the call is of 5.7 million euros.

The routes open for bidding aim to connect the islands with markets like:

The proposed routes were selected through analysis of strategic interest, potential viability and a lack of existing connectivity.

As a result of all this work, Turismo de Canarias has been awarded with the most important awards in the field of air connectivity.

The Routes Awards are highly regarded as the most prestigious awards in the industry as they are voted for and judged by the airline network planning community.