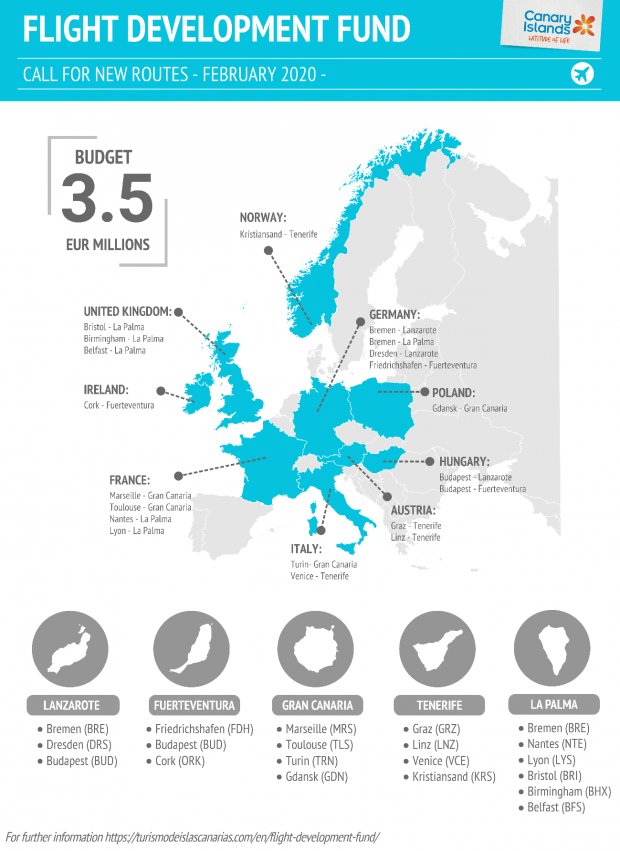 The Canary Islands have launched a new route incentive package calling for 20 routes, via the Flight Development Fund (FDF), with the intention of improving the air connectivity of the islands and boosting the diversity of its tourism markets and clients.

The total maximum budget for the call is of 3.5 million euros.

“We work hard in connectivity and hope that the incentives act as a final push for airlines that are considering a wide range of options that may already include Canary Islands destinations”.

On top of this call, there are other calls still open, and together they add 36 potential routes, so at this moment it is possible to apply for 56 new routes in total.

All the information is available here:
http://turismodeislascanarias.com/en/flight-development-fund