Reservation for this new route gradually opened after 0840NZT 28MAR18.

Block time is around 15 hours for NZ026, nearly 16.5 hours for NZ027. Photo below is Air New Zealand's North American network in Northern winter 2018/19 season, including the new Chicago service, as well as codeshare network with Star Alliance partners. 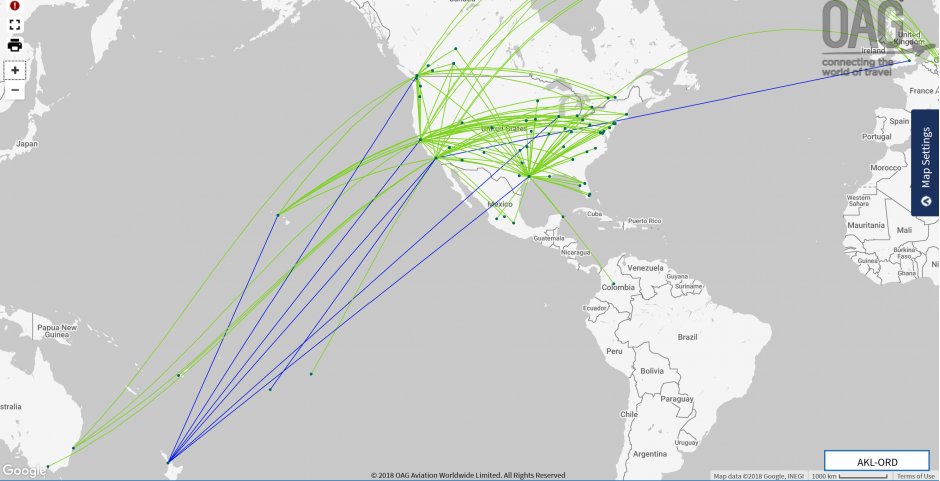 Subscribe to our daily Airlineroute newsletter for the latest route changes and updates.