COVID-19. By the end of May, most world airlines will be bankrupt 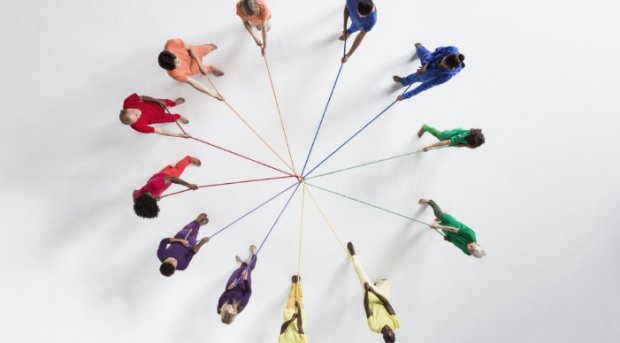 By the end of May-2020, most airlines in the world will be bankrupt.

Coordinated government and industry action is needed - now - if catastrophe is to be avoided.

As the impact of the coronavirus and multiple government travel reactions sweep through our world, many airlines have probably already been driven into technical bankruptcy, or are at least substantially in breach of debt covenants.

Cash reserves are running down quickly as fleets are grounded and what flights there are operate much less than half full.

Forward bookings are far outweighed by cancellations and each time there is a new government recommendation it is to discourage flying. Demand is drying up in ways that are completely unprecedented. Normality is not yet on the horizon.

Governments are failing to cooperate

At the same time, while governments are grappling with the health challenges of coronavirus, it is clear that there is little instinct to act cooperatively. Messages are mixed and frequently quite different.

Each nation is adopting the solution that appears best suited to it, right or wrong, without consideration of its neighbours or trading partners.

When, for example President Trump peremptorily announced the effective cancellation of airline access to most Europeans, he didn’t even advise his European government counterparts in advance, let alone consult with them. Other governments have performed little better.

National self-interest over cooperation is the evolving threat for aviation

The fear is that, as a collapsed airline system is reconstituted, similar national self-interest will prevail. That’s important because the aviation industry is about much more than airline health. It is crucial to global communications and trade.

It was because of aviation’s central role that the world’s governments convened in 1944 to establish a multilateral framework for post-war aviation. Notably, that was several months before the end of the second world war. A fully functioning airline system was considered essential to future world peace and prosperity and coordination was urgent.

At that time they did manage to establish a remarkable global safety regime, within the framework of the ICAO. But, even with a rosy view of aviation’s future role in a post-war world, it proved impossible for governments to extend beyond basic protectionism. The resulting system - now 75 years old – still reflects that archaic unilateralism.

Consequently, three quarters of a century on, it remains impossible for airlines to merge across national boundaries. Often provoked by unions in what is a heavily unionised industry, foreign ownership is strongly resisted and foreign airline operations within another country (“cabotage”) is globally proscribed.

The result has been a fragmented and largely unviable airline industry. Despite what are now clearly some brief recent profitable aberrations from the resulting fragility, little has changed.

Meanwhile, the rest of the world has moved from the Abacus to the Cloud.

Today, as we contest a world health war against the coronavirus, the government response has been fragmented – and is being resolved along national lines, with limited consultation.

As things stand, the likely tepid response to the airline crisis will equally be fragmented and nationally based. It will consist mostly of bailing out selected national airlines.

If that is the default position, emerging from the crisis will be like entering a brutal battlefield, littered with casualties.

The post-coronavirus world: a unique time for a new aviation beginning

The post-coronavirus chaos will alternatively offer a unique opportunity to reframe the foundations of a global airline industry. But is there a will to grasp that potential?

If the will is there, finding the right directions will require leadership and a recognition that there is no place for nationalist attitudes in this most international of all industries.

The likely survivors. A formula for aeropolitical confrontation

Some survivors are self evident. Chinese airlines are mostly government-supported, so at least the majors will remain solvent; their share prices reflect this actual and de facto underwriting. Whereas many other major international airlines’ prices have dropped by 50% and more, the big three Chinese airlines' shares have lost only a little more than 10%.

Likewise, the US majors (supported by unions) will have the lobbying power to access government subsidies; they are already working hard to achieve that.

Then there are some other national European governments - and perhaps even the EU – which will also provide selective support for (some of) their airlines. The Gulf carriers too are likely to be supported by their respective owners. The prospects for the many private airlines are not always as bright.

In short, the post-coronavirus environment has all the makings of a geopolitical standoff.

A conflict along nationalistic lines would have colossal implications for the entire aviation supply chain, airframe and aerospace manufacturers, lessors and financiers. It would be greatly reduced in size and would be catastrophic for many satellite activities.

That is, even before the impact of the lack of flying undermines the tourism and travel industries, which account for hundreds of millions of jobs around the world and underwrite global business activity.

Intergovernmental coordination will be essential. Now is the time to establish a new framework – not among the ashes

Inevitably, once we exit this tunnel - as we will -  the world will be a different place; aviation will be no exception.

But there is no better place to begin government coordination than in the aviation sphere. Governments recognised that during the second world war (it is a little known fact that the International Civil Aviation Organisation was actually established a year before the United Nations, such was the priority attached to international aviation).

There are enormous mutual interests in ensuring a healthy post-coronavirus-war airline regime. The vital tourism and travel industry – which has accounted for 20% of all new jobs in recent years, importantly in developing countries – has come to depend on a wide range of low fares and competition, with a multiplicity of entrants.

Even before the worst of this pervasive health attack has washed through, it is imperative that the world’s aviation forces – ICAO, the EU, IATA, the regional aviation associations and the key aviation nations – start the dialogue towards cooperation and establishing a 21st century regime that will truly satisfy the needs of the world’s social and economic needs.

The alternative does not bear thinking about. An unstructured and nationalistic outcome will not be survival of the fittest.

It will mostly consist of airlines that are the biggest and the best-supported by their governments. The system will reek of nationalism.

And it will not serve the needs of the 21st century world.

That is not a prospect that any responsible government should be prepared to contemplate.