The start of the year for Lithuanian Airports: more than 1 million passengers served 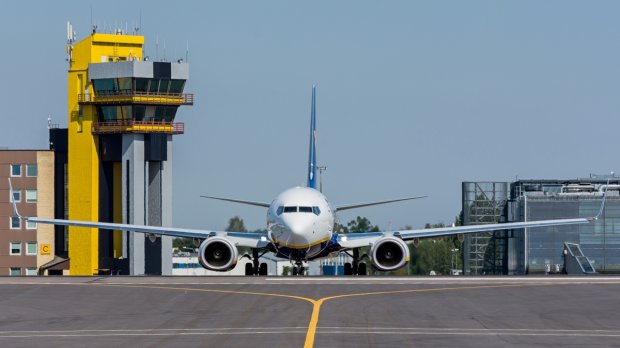 After the first three months of this year, the Lithuanian Airports record a targeted growth in the company’s results. The company has served over 13.4 thousand flights and carried more than 1.322 million passengers. That is 7 percent more than last year during the same time frame. It will be sought to ensure a stable growth in indicators also this year.

According to the Head of the Aviation Services Division of Lithuanian Airports Aurimas Stikliūnas, the summed-up results demonstrate that during the first quarter of this year the company’s business processes proceeded at full capacity and it succeeded in achieving the results set.

“By comparing the beginning of this year with the same period during last year, we feel further growth in all of the three airports despite the fact that several destinations have been cancelled from the largest capital’s air gates. They have been compensated by a bunch of new destinations that were launched already at the end of the last year. This has determined that with the start of the year we calculate an increase in both, flights and passenger traffic”, -stated Mr. Stikliūnas.

Mr. Stikliūnas also draws attention to the route number indicator achieved this year. During the first quarter of this year, the Lithuanian Airports offered 89 destinations in total. Vilnius Airport offered the majority of routes – as many as 64. 20 routes were offered from the Kaunas Airport. Palanga Airport passengers could choose flights to 5 different destinations.

“A very high share of the company’s success depends on negotiations constantly held by our team and air carriers for new destinations and routes. We have managed to finalise the negotiations that have lasted for long years successfully indeed, and have agreed on destinations of strategic importance to economic development of the state and the tourism sector. We expect that our team will succeed in implementing the goals planned for this year, whereas travellers will be offered even more opportunities to travel across our country’s air gates”, noted the Head of the Aviation Services Division of Lithuanian Airports.

According to Mr. Stikliūnas, an important input to the company’s results is made by revenue received from cargo carriage activity. This year they have grown in a targeted way. 3.84 t of cargoes were carried through all the three airports – more by 6 percent than last year.

This year the company has offered 1.627 million seats to regular flight passengers; as compared with the last year, this was more by 4.9 percent, and enabled to record a 75 percent aircraft occupation indicator.

The Lithuanian network of airports includes three airports in Vilnius, Kaunas and Palanga. During 2018, they served 6.3 million passengers and 61 thousand flights. During the winter season, 14 airline companies organize flights in 86 directions to 67 cities in 27 countries. Based on data of the Airports Council International (ACI Europe), Lithuanian airports contribute to the Lithuania’s GDP by 2.5 percent.