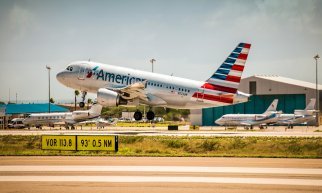 AAA Air Service Development Manager, Mrs. Jo-Anne Arends said that Aruba Airport was very pleased, satisfied and proud to have been a part of making these two new routes of American Airlines a reality. “Connecting Aruba with Dallas does not only mean a new gateway for Aruba into the mid-West but also will entail additional connections beyond this point into the US’s western markets. A weekly operation into Chicago will also be a welcome addition to the various gateways available to both our US market and our local market into the Midwest of the US. Both flights will mean an addition of 16,640 seats to a total capacity of 916,520 out of the US for the total year 2018 and an additional seat capacity of 6,400 for the winter season 2018/2019”.

Mrs. Arends continued by saying that the Aruba team consisting of members from Aruba Airport and Aruba Tourism Authority (ATA) have been in negotiations with American Airlines to develop these gateways to Aruba and to expand the portfolio. “Today we are happy to join in American Airlines’ announcement of these two additional operations”, Mrs. Arends further explains that the new route of DFW especially is of importance to the strategic air service development of the airport’s network into the US market, as such tapping into the west coast market also providing convenient connections for that market also into Aruba.

Many of the new routes are focused on connecting smaller cities to one of American’s major hubs to create new city pairings for customers. The connections will also help feed customers from smaller markets to hubs where they can help fill out mainline or international flights.