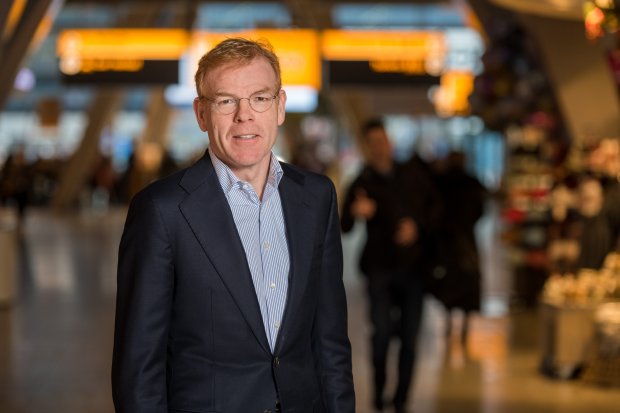 Joost Meijs, CEO of Eindhoven Airport, will start on 1 September 2019 for the Royal Schiphol Group as the CEO of the Queen Beatrix International Airport in Aruba; succeeding James Fazio, who has served as the airport’s CEO since 2014. Mr. Meijs will be responsible for the development of management and the organization, maintaining contacts with external stakeholders, and will oversee the airport’s redevelopment, as it starts a significant 5-year capital investment and construction program with a value of 300 million USD. The Supervisory Board of Eindhoven Airport will be considering its succession plan in the coming period.

On his departure, Meijs will have worked at Eindhoven Airport for 13 years. He started on 1 March 2006 as Director of Commercial Services & PR. After a brief period as Deputy Director, he became General Manager / CEO of the airport on October 1, 2008.

In terms of infrastructure, the airport had considerably expanded. In 2013, a hotel (owned by Eindhoven Airport) and an extension of the land and air terminal were delivered. An entirely new baggage hall was opened in 2016. As part of the construction of the Eindhoven Airport Boulevard, expected to be completed in 2020, the rebuilt parking garage will be opened in October.

After a period of rapid quantitative growth, the airport announced at the end of 2018 a change of course towards more quality-oriented development. This strategy is aimed at ensuring that Eindhoven Airport makes a significant contribution to a sustainable society in the next ten years that is in line with regional Brainport developments.

Joost Meijs:“I am extremely proud of the collective achievements of the team which ensured the success of Eindhoven Airport. I was very happy to lead this airport where public and private parties come together. Bringing together apparently opposing interests as closely as possible, has greatly inspired me from start to finish. At the same time, I look forward to contribute to new successes of the international airport of Aruba and I am really impressed by all that has been achieved so far by James Fazio and his team.”

Jabine van der Meijs, CFO of Royal Schiphol Group: “Under the leadership of Joost Meijs, Eindhoven Airport grew into a strong and fully-fledged airport - after Schiphol the 2nd airport in the Netherlands - which is of great value both in the region and within the wider Royal Schiphol Group. Joost's broad knowledge and experience will be a valuable addition to the further development of Queen Beatrix International Airport Aruba. We wish him every success in this. "

Queen Beatrix International Airport in Aruba is operated and managed by Aruba Airport Authority N.V. (AAA). AAA has had a successful strategic partnership with Royal Schiphol Group for the past 15 years and its current CEO, Mr. James Fazio, recently announced his personal decision to leave the position as CEO of AAA effective at the end of his current employment agreement; which is August 31st, 2019.

Mr. Fazio has worked for Royal Schiphol Group for the past 22 years, having started in 1997 as part of the team which privatized, developed, and thereafter, operated JFK’s Terminal 4, and has most recently served as Aruba Airport’s CEO for the past 5 years. Prior his time with Schiphol Mr. Fazio was employed for 12 years for the Port Authority of New York and New Jersey, where he served in several supervisory positions in airport operations. During his time in Aruba, among other accomplishments, he has provided the leadership and guidance for the airport’s Gateway 2030 expansion project, and led the organization through the most profitable years in the airport’s history. Mr. Fazio commented on the timing of the decision: “The airport is transitioning from the planning to the construction phase of the Gateway 2030 project, which required the difficult decision as to whether or not to stay another 5 years, and based on personal reasons, I have chosen to resume my career back in New York. Royal Schiphol Group has now identified my successor in the person of Mr. Joost Meijs. This has been a carefully planned transition, which will allow for a 4 to 5 month hand-over, and properly prepare Mr. Meijs for the upcoming construction project and the leadership role of the airport.”

“I want to emphasize that I very much enjoyed my time in Aruba and I feel honored to have been trusted to lead Aruba’s national airport for the past 5 years, and I will continue to be 100% committed to AAA during the my remaining time here; as we still have several important project-related milestones to cross in the coming months.”

AAA thanks Mr. Fazio for his efforts to further develop the growing airport and wishes Mr. Fazio all the best in his next career goals and welcomes Mr. Joost Meijs to the AAA team.