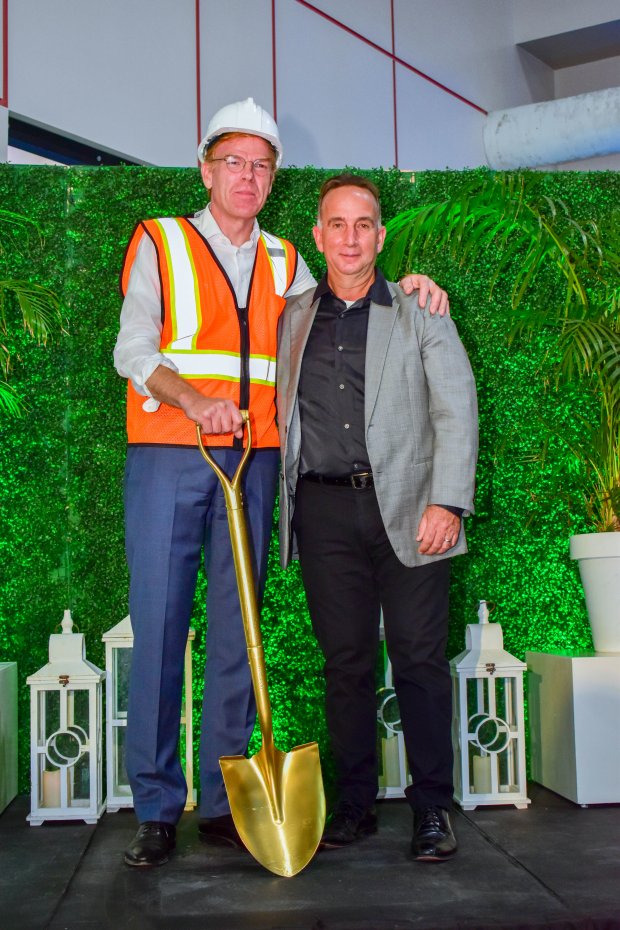 After the announcement back in March 2019 by Aruba Airport Authority N.V. (AAA) that its CEO Mr. James Fazio has decided to pursue other career opportunities, it was later announced in April 2019 that Mr. Joost Meijs, ex-CEO of Eindhoven Airport, will take over the responsibilities of Mr. Fazio as the new AAA CEO.

“The airport is transitioning from the planning to the construction phase of the Gateway 2030 project and I’m excited to hand over the CEO position to Mr. Meijs who will now lead, guide and motivate the entire team to reach the airport’s expansion goal. I am convinced that the tourism and aviation partners and stakeholders will provide Mr. Meijs with the same heartfelt guidance and trust that was given to me. My five years at Aruba Airport couldn’t have been this successful without that support that I’m sure Mr. Meijs will also receive. I want to emphasize that I very much enjoyed my time in Aruba and I feel honored to have been trusted to lead Aruba’s national airport for the past 5 years,” said Mr. Fazio during his farewell speech.

All Excellences present expressed their gratitude for Mr. Fazio’s efforts and at the same time wished Mr. Meijs the best of luck in the years ahead leading the airport team to the next milestones, as Mr. Meijs will be responsible for the development of management and the organization, maintaining contacts with external stakeholders, and will oversee the airport’s redevelopment, as it starts a significant 5-year capital investment and construction program with a value of 300 million USD.

“I am ready to start this new journey with a lot of enthusiasm and determination to concretize what the entire team has visualized during the initial stages of the Gateway 2030 project. I thank Mr. Fazio for his guidance provided to the airport team the last 5 years and it is now my commitment to ensure that we cross the Gateway 2030 finish line with an airport we can all be very proud of, “ said Mr. Meijs during his first speech to all airport partners and stakeholders as the new AAA CEO.