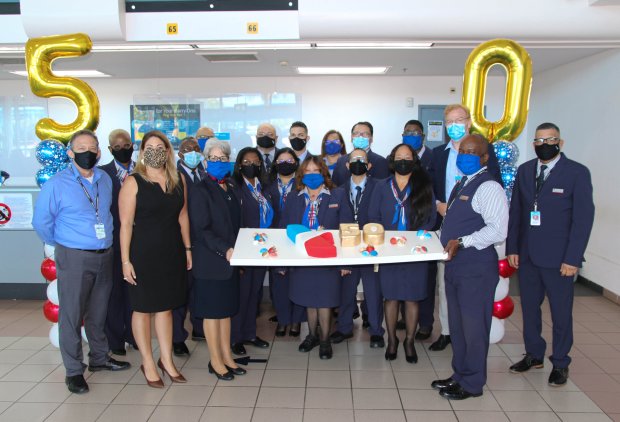 ORANJESTAD – 50 years ago, on March 3, 1971 American Airlines launched its first ever service to Aruba when it started flights between Miami International Airport (MIA) and Aeropuerto Internacional Reina Beatrix (AUA Airport).

The airline expanded greatly from the 1970s to the ’90s, developing from a basically domestic American airline into an international carrier reaching the Caribbean, South America, Europe, and the Pacific, largely by buying routes of other airlines. In 2001 it acquired the American carrier Trans World Airlines, Inc. Throughout 50 proud years of distinguished service to Aruba, American Airlines has been known for its distinctive service which emphasizes timeless values and has maintained a strong foothold in the market, despite intense competition, built solely on the foundations of partnership, dedication, service, and hospitality.

“Looking back on our history, we are proud to see how far — both literally and figuratively - we have come. We are celebrating this success with AUA Airport and our devoted staff because they are the ones who make the company what it is today,” said Mr. Nelson Cortes, Country Manager for Aruba, Bonaire and Curacao. “American Airlines will continue to focus on exceeding customer satisfaction and will look forward to the future with optimism.”

AUA Airport’s Air Service Development Manager Mrs. Jo-Anne Meaux-Arends congratulated the Aruba based team and expressed AUA Airport’s gratitude to American Airlines as a strategic partner in growing our international network and major asset to the development of the tourism industry. “We are pleased that we’ve reached this important milestone and we look forward to a very bright future ahead of us.”

AUA Airport is one of the busiest airports in the Caribbean region, with 17 different airlines operating into Aruba contributing in processing over 2.5 million passengers per year and providing air service to 20 destinations worldwide. AUA Airport is operationally solid where over 90% of all visitors are leisure guests: 80% from the United States & Canada, 7% from Latin America, 10% from Europe, and 3% from Dutch Caribbean, year to date, January 2021. AUA Airport attributes this to the island’s stable economic and political climate, hospitable and multilingual population, and safe environment. AUA Airport undergoes continuous upgrades to maintain its position as one of the region’s most innovative airports.

American Airlines Group (AAG) is the largest airline in the US and one of the largest in the world. The company's mainline carriers provide scheduled air transportation along with its group of regional subsidiaries and third-party regional carriers operating as American Eagle. It also offers freight and mail services through its cargo division. In all, American operates an average of 6,800 flights daily to more than 365 destinations in more than 60 countries. It operates more than 940 mainline aircraft and approximately 605 regional aircraft. American Airlines Group is also a founding member of oneworld alliance, where member carriers share airport lounge facilities and offer interconnected loyalty programs. About quarter of passenger sales of American Airlines Group is generated from the US.

Learn more about what’s happening at American by visiting NEWS.AA.COM and connect with American on Twitter @AmericanAir and at FACEBOOK.COM/AMERICANAIRLINES. 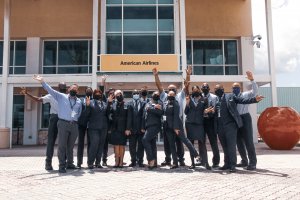 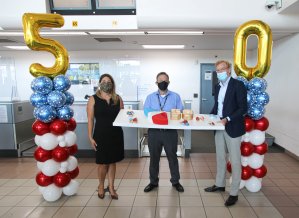 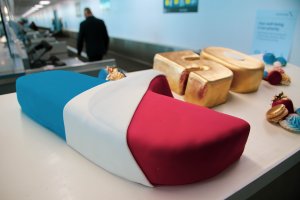 “has written AUA Airport is ready to add the next chapter to its history!”