CPH adapts the organization to a longer period with fewer passengers 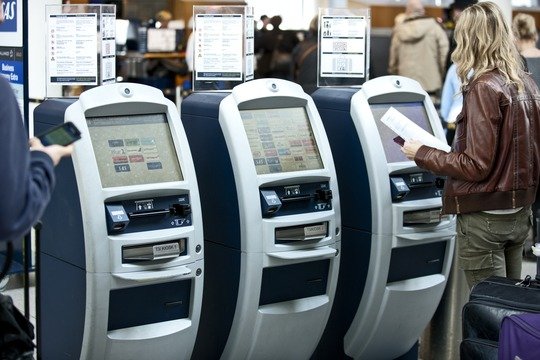 To ensure long-term competitiveness, Copenhagen Airports (CPH) will adapt its organization to the lower level of activity, which is a consequence of the corona crisis in aviation now and in the future. This means, among other things, that CPH intends to lay off 650 full-time positions (FTE) out of the company's approximately 2,600. Over the coming weeks, there will be discussions with CPH's union representatives about the implementation of the expected redundancies. CEO Thomas Woldbye calls the decision the saddest in his nine years at the airport - but also necessary to secure the airport's finances and operations for the future.

Although more countries have begun to open their borders and allow travel, it is clear that 2020 will be a year of significantly fewer flights. Both business and leisure travel are expected to be significantly below previous years' levels for a very long period ahead. Based on i.a. international traffic forecasts, it is CPH's assessment that it will probably take some time before air traffic globally will return to pre-corona levels.

In recent months, Copenhagen Airports has therefore implemented a number of both operational and investment savings in order to adapt costs to the current level of activity. As mentioned in the company announcement of 25 June 2020, savings have thus been initiated for a total of up to DKK 950 million. in the current year. This must be seen in relation to the fact that CPH in 2019 had sales of DKK 4.3 billion.

The corona crisis will be protracted for aviation

During the crisis, CPH has had a clear goal of maintaining as much activity and as many jobs as possible. Therefore, CPH has i.a. used the wage compensation scheme that the Danish government has agreed with the social partners. Up to 2,200 employees, corresponding to 1,600 full-time positions, have been repatriated and worked in a rotation scheme, respectively, which has helped to maintain the employees' competencies and connection to the airport. At the same time, the wage compensation scheme has given CPH time and opportunity to have a better decision basis for how the company best adapts to the new reality.

It is now clear that the corona crisis in aviation will be long-lasting, and at the same time the wage compensation scheme will be phased out. Currently, the cost of keeping the airport in operation significantly exceeds the very limited revenue each month. In the first half of the year, CPH had a total loss before tax of DKK 227.9 million, and the expectation is that the second half of the year will show a loss that is larger than in the first half. Overall, the management of Copenhagen Airports therefore considers that an adjustment of CPH's organization to the lower level of activity is the only responsible thing to do to ensure the airport's long - term, financial and thus also operational sustainability.

"It is very sad that we now have to have fewer employees in CPH. We have aimed to ensure as much activity and as many jobs as possible at the airport through the crisis. Here, the aid packages that the Folketing has adopted have made a big difference. difference for us.Especially the recent extension of the wage compensation scheme has given us greater knowledge of future travel patterns.And with it we can avoid firing as many as we would otherwise have had to if the scheme had not been there.But with the development of air traffic , we must unfortunately acknowledge that it is not possible for us to maintain the same number of employees as before the corona crisis, "says CEO Thomas Woldbye. He points out that CPH anticipates a longer period with much fewer passengers.

"All figures and projections show that air traffic does not appear to return to the same level in the foreseeable future. Many estimate that aviation will only be normalized somewhere between 2022 and 2024. Therefore, we are now starting discussions with the airport's shop stewards on how we can best adapt the airport's workforce to the reality we face, "says Thomas Woldbye.

CPH intends to close 650 positions across the airport's functions as part of the savings. If the positions are closed as planned, it will contribute to reducing the airport's annual operating costs by approximately DKK 325 million. However, the effect on the 2020 result is expected to be very limited due to the existing notice periods.

"We must adapt to a period of lower activity, so that we as an airport can continue to be a competitive and attractive hub in Northern Europe. We must be able to maintain and attract air routes for the benefit of growth and employment in Denmark, just as it is absolutely crucial that we can maintain our work with and high ambitions to contribute to the necessary green transformation of Danish aviation, "says Thomas Woldbye.

CPH's Main Cooperation Committee is informed today about the situation and the decision, including that adjustments must also be made in a number of local agreements, which are therefore intended to be terminated.

HR director Kirstine Bergenholtz will, together with other management representatives from CPH, negotiate with union representatives over the coming weeks on how the savings and redundancies will be implemented. In this connection, we will also look at how to make use of various mitigation measures such as continuing education and retraining that can help the employees and the company in the best possible way through the difficult time. When the negotiations are completed, CPH will announce the outcome of the negotiations in more detail.

"We will do our utmost to make the dismissal process as orderly as possible and try to help dismissed colleagues move on to their next job. Therefore, we work with our shop stewards, as well as the newly established job center at the airport and the unions to find good solutions. for those affected, "says HR director Kirstine Bergenholtz