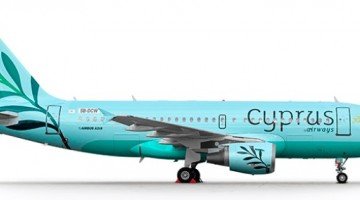 Cyprus Airways announced it will operate two new routes from Bratislava Airport in S20 season. The carrier will add Rhodes and Corfu to its already existing seasonal route from Bratislava to Larnaca.

The route to Larnaka will continue to operate with 2 weekly frequencies (Tuesdays, Saturdays) in S20, while Rhodes and Corfu will get 1 weekly frequency each, on Tuesdays and Saturdays respectively. All the routes will be operated on seasonal basis, from June till September with A319 aircraft.