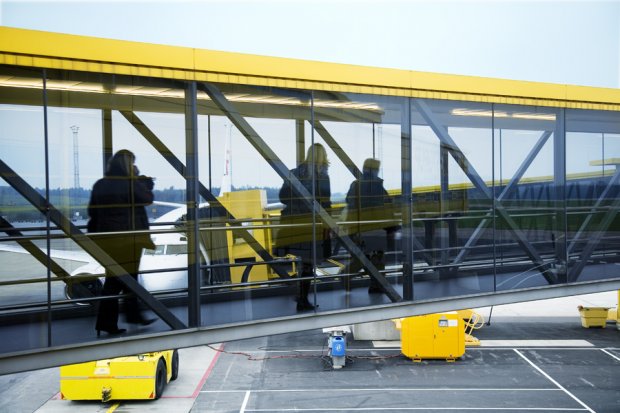 From Swedish Avation News, May Edition

For the past decade, LFV has conducted regular Passenger Surveys at Stockholm-Arlanda - a gold mine of information for predicting trends in the important tourism and hospitality industry. The same survey is now also being conducted in Göteborg and Malmö.

Every year for the past decade, 100,000 passengers at Stockholm-Arlanda Airport have answered questions about their travel behaviour- whether Stockholm is their final destination or a stop-over, whether they are on a leisure or business trip and so on. The survey is a gold mine for those wishing to forecast passenger trends and, in particular, a measure of how well the important tourism and hospitality industry is doing. Today this industry accounts for a larger export value than either Swedish auto or pharmaceutical exports.

Continues with surveys in Göteborg and Malmö
Starting in 2009, the Passenger Survey is also being conducted in Göteborg and Malmö, with 20,000 and 10,000 interviews, respectively, carried out at the airports. Since LFV currently has such results only for the first quarter of 2009, it is difficult to draw any far-reaching conclusions from the survey. Worth noting, however:

Malmö Airport is working to attract more Danish travellers to the airport, and the competitive advantages it highlights are speed and flexibility, along with cheaper prices for both parking and airline tickets. In the last quarter of 2008, retailers in southern Sweden saw the percentage of Danish customers increase sharply, which is no doubt due to the lower value of the Swedish krona relative to the Danish krone. More and more Danish customers have begun to compare prices between the two countries; price levels for food items are on average 20 per cent lower in Sweden compared to Copenhagen. Everything from consumer goods such as clothing and food to travel and dental appointments is now attracting Danes across the bridge.

At present, Malmö Airport offers scheduled low-cost flights with Wizz Air to Warsaw, Katowice and Gdansk (Poland), Budapest (Hungary), and, starting this summer, to Prague (Czech Republic). According to the Passenger Survey, Malmö Airport attracts many travellers who live in Denmark. The breakdown by country of origin for the destinations above is as follows: 14 per cent Danes, 53 per cent Swedes, 20 per cent Poles and 9 per cent Hungarians. In addition to low-cost flights, some international routes, for example to Erbil (Iraq), attract both Danish travellers (17 per cent) and Norwegian travellers (4 per cent). This shows that a significant number of Danes choose Malmö Airport because of the airport's competitive advantages and despite the strong market position that Copenhagen Airport enjoys in the region.

Göteborg Landvetter Airport
A larger proportion (27 per cent) of the foreign business travellers who arrive at Göteborg Landvetter Airport will be attending conferences and similar events than is the case among those arriving at Stockholm-Arlanda Airport (16 per cent). For many years, Göteborg has been working proactively to attract international conferences and events to the city, and the airport is one of the partners in this collaborative effort.

"We are working strategically and systematically to boost the number of non-stop routes from our airport and to identify the destinations that can help us attract more passengers - both leisure and business travellers. The figures from the Passenger Survey indicate that we have been successful so far," says Johan Andersson, Route Development Manager at Göteborg Landvetter.

"We will be following travel trends with interest. This information will be helpful for future expansion and service improvements, and also for the airlines."

There are many more results from the survey. You are welcome to contact Petra Svensson, petra.svensson@lfv.se, if you have questions about the Passenger Survey in Gothenburg, Malmö or Stockholm.